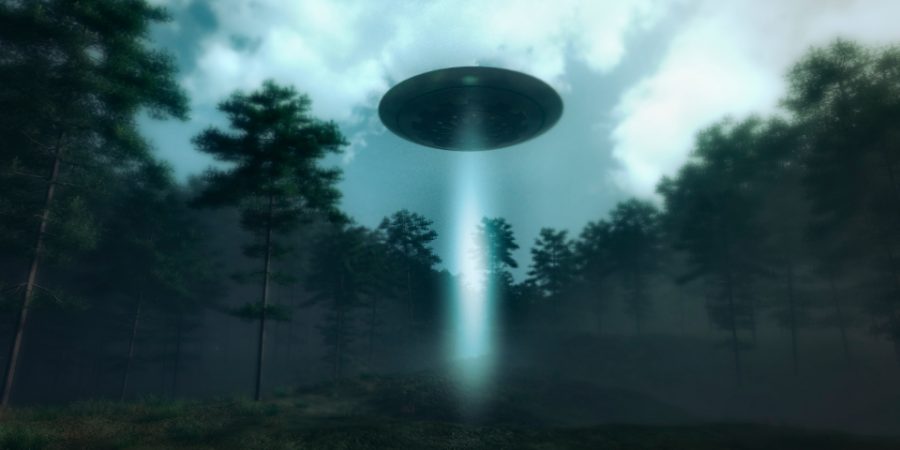 The UK Ministry of Defence (MoD) recently declassified a set of documents related to encounters with UFOs. The fifteen documents were published by Britain’s National Archives – but in paper form only. For some odd reason, the files are not being digitized and instead must be viewed in person or purchased directly from the National Archives. Many in the Ufology community have been hoping that the files disclose information on the Rendlesham Forest incident, arguably Britain’s most famous UFO sighting. So far, none of the newly declassified files refer to the Rendelsham Forest sightings, but one of them does offer new information on another famous British UFO encounter which took place near the coastal town of Skegness on England’s east coast. 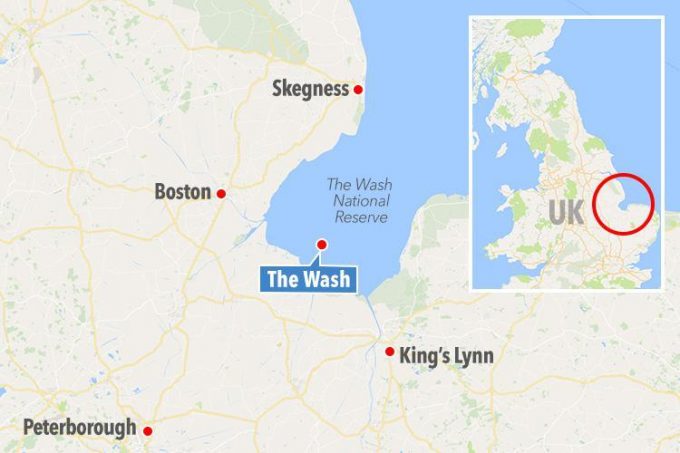 The sighting took place near The Wash, a bay and estuary in East Anglia.

The sighting has since come to be known as the “Wash incident” or “Boston stump incident.” On October 5, 1996, Skegness residents, police officers, and the crew of a nearby tanker spotted a strange aircraft hovering above the Wash, a bay south of Skegness. The object was described as a rotating disc with red and blue lights. Police and coast guard officials noticed the Royal Air Force (RAF), which located the object using military and air traffic radars. Whatever the object was, it did not emit a transponder signal and hovered in place for over seven hours. Of course, the usual explanations have been thrown around – celestial objects and atmospheric distortion – but many witnesses reject those explanations. 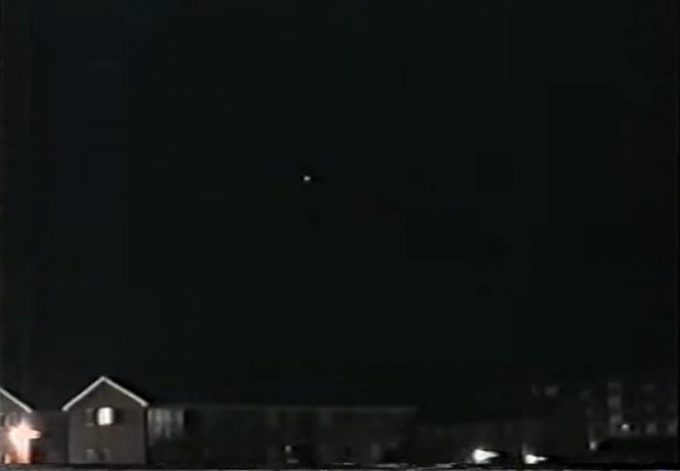 A still from a video of the object shot by the Boston, Lincolnshire police.

One of these newly declassified documents contains a letter written by an unnamed government official (reportedly Labour MP Martin Redmond) to the former U.K. Defence Secretary, Michael Portillo. The letter asks for an explanation why the RAF was told to ignore the object and not scramble aircraft for surveillance in spite of numerous radar and visual confirmations from law enforcement. Whoever the author was, they raised serious concerns about the way the sighting was dismissed by the highest levels of U.K. military and government:

I am very concerned about an incident that occurred off the Anglian Coast recently, involving a visual unidentified flying craft sighting which was correlated by various different military radar systems […] This raises serious issues about the way in which we police the UK’s Air Defence Region. The RAF is supposed to, or so I believed, to be keeping a watchful eye on activity in the UK, but seem to have no idea what is going on. Do they have standard procedure for these incidents? They had enough time to think about it, because the object was on our radar for upwards of seven hours!

While conspiracy theorists might see this as evidence of a cover up, the explanation might be benign. The MoD’s official explanation was that the radar signature away as the result of interference from a nearby church spire. Such a permanent radar echo was known to happen in the past, so it makes sense that the RAF might have dismissed this sighting if they were familiar with interference in the area. 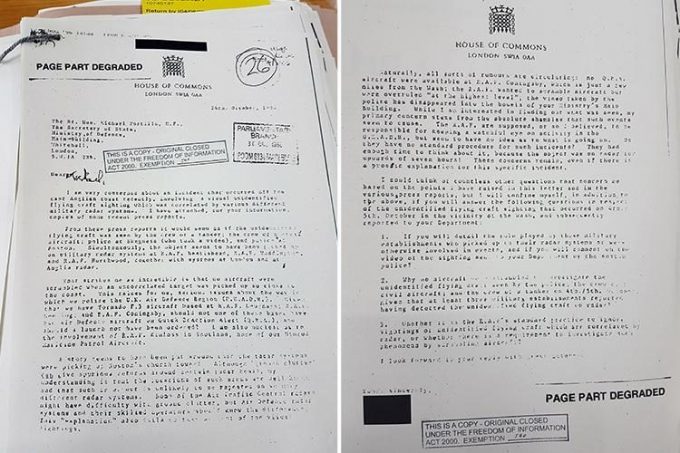 Images of the newly-declassified documents, which are not yet in digital form.

After investigating the incident, the RAF declared “research has not revealed evidence that alarming or extraordinary events were being witnessed.” The source of the lights seen by numerous credible witnesses remains a mystery for most familiar with the case, however. Could multiple witnesses, Skegness police, and a tanker crew mistake Venus and various stars for a rotating, hovering aircraft? Possible, but maybe not plausible. Stranger things have happened, though. Unfortunately, these files shed little new light on this case.