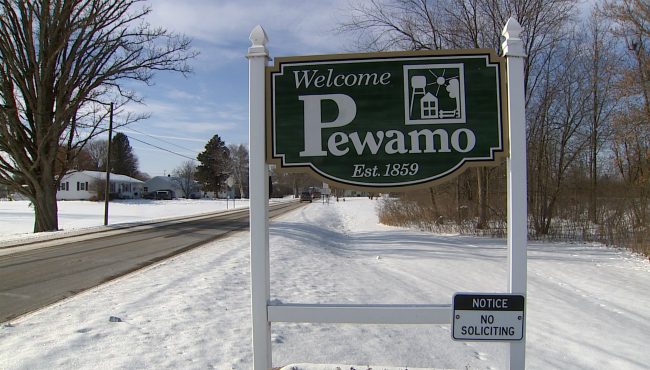 This happened on the same day that another unexplained boom occurred (in Tennessee) although the Tennessee event happened at a different time of the day (happened at night actually).

Most days, the Ionia County community of Pewamo is a about as peaceful as it gets. You may hear the rumble of the occasional semi-truck rolling through the village. Otherwise it’s pretty quiet.

That was not the case about 4 p.m. New Year’s Day.

“We just heard what sounded like an explosion … It shook the entire house,” Bethanie Kramer, who lives outside of the village. “It was not subtle at all. It was ‘boom!'”

“Carson City, down to Westphalia, Lyons, Muir – they all heard it,” Kramer said.

Ionia County 911 received four or five calls about the boom, but no reports of injuries or damage.

So far, there are no definitive answers as to what caused it. Speculation ranged from someone playing with dynamite to an earthquake to an attack by North Korea.

One possible explanation that seems to make the most sense has to do with the cold weather that has gripped West Michigan. The sound could have come from a phenomenon known as a frost quake.

All the rain the region got in November saturated the first few feet of soil. Then Old Man Winter decided to send us into a deep freeze. As temperatures drop, the near surface ground expands and can produce small tremors. They’re not deep enough to be measured by a seismograph, but you can feel them.

That could partially explain the mystery shake – only partially because frost quakes don’t generally make a lot of noise and most who felt it also heard a boom.

Still, a frost quake is a much more comforting answer than some of the alternatives.

“Yes. For sure. For sure,” Kramer said. “It gave my son a learning experience, too, (to) kind of learn more about this stuff and it’s pretty neat.”