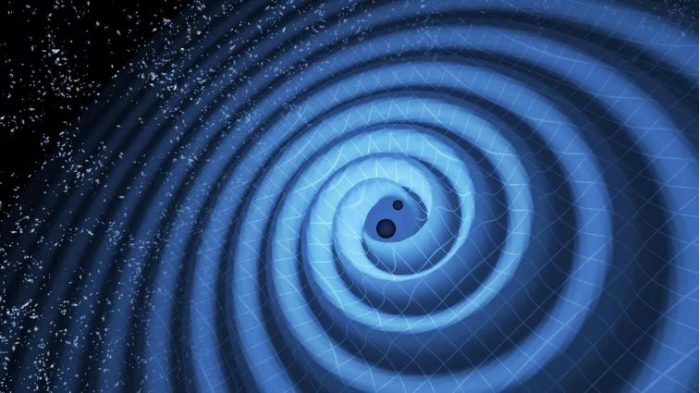 Scientists think they have detected an “unknown or unanticipated” burst of gravitational waves coming from somewhere deep in space.

The wobble in spacetime was picked up unexpectedly by the LIGO experiment, which was specifically built to detect gravitational waves.

Astronomers have a picture of what part of the sky the burst originated from, and will look to find more information about its source by further studying the area.

But for now there is very little indication of what could have caused the blast, which sent ripples through the fabric of the universe that were detected by LIGO in recent hours.

Errors of this kind are predicted to happen only once every 25 years, indicating that the burst probably did really come from an astrophysical event.

Astronomers have long hoped that the successful detection of gravitational waves could allow them to see the universe in an entirely different way. Such burst gravitational ways could be an important way of doing so – but are yet to be found, and scientists don’t know exactly what they will look like.

LIGO describes them as “the gravitational waves that go bump in the night”, and scientists admit there is little understanding of where they may come from. While astrophysicists have long predicted they may happen, there is too little information about the parts of the universe that would spawn them to say when they might arrive or how they will appear when they do.

“Searching for burst gravitational waves requires being utterly open-minded,” the LIGO website reads. “For these kinds of gravitational waves, scientists must recognize a pattern of signals even when such a pattern has not been predicted or modeled (what we think a signal may look like) before. If you don’t know what you’re looking for, it’s really hard to find it.

“While this makes searching for burst gravitational waves difficult, detecting them has the greatest potential to reveal revolutionary information about the Universe.”

Some have speculated that the wave could have come from Betelgeuse, a nearby star that is behaving oddly and could be about to explode into a supernova. But that star still appears to be in place, and the wave does not seem to have come from the correct part of the sky.

Michael Merrifield, professor of astronomy at the University of Nottingham, described the event as “weird” on Twitter, and suggested that further observation should give more detail on where it had come from.

{info./link below not not associated with the article from The Independent}