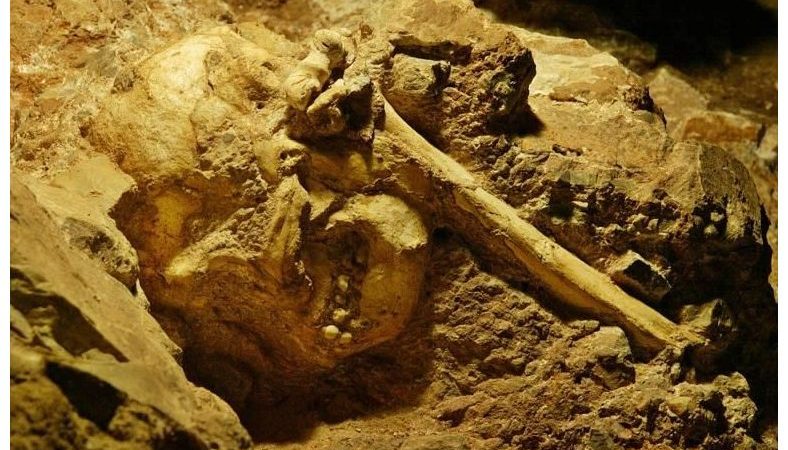 By applying artificial intelligence to genomes of Asian individuals has enabled scientists to identify an unknown human ancestor – a hominid who cross bred with its ancestors tens of thousands of years ago.

The new research comes from Institute of Evolutionary Biology (IBE), the Centro Nacional de Análisis Genómico (CNAG-CRG) of the Centre for Genomic Regulation (CRG) and the Institute of Genomics at the University of Tartu. In studies researchers have applied deep learning algorithms and statistical methods to establish the footprint of a new hominid.

The application of human DNA computational analysis indicates that the extinct species was a hybrid of Neanderthals and Denisovans. At some stage this hominid cross bred with ‘Out of Africa’ modern humans within the region of the world that is now Asia. The scientific theory of recent African origin of modern humans is the most widely accepted model of the geographic origin and early migration of anatomically modern humans (Homo sapiens).

This new research helps to explain that the hybrid found in 2018 in the caves of Denisova, which was the offspring of a Neanderthal mother and a Denisovan father, was not an isolated case. What took place was a common introgression process (that is, where genetic material from one population infiltrates into another, genetically differentiated population).

This inquiry was possible because human DNA contains fragments of hominids from other species like Neanderthals and the Denisovans. These hominids coexisted with modern humans more than 40,000 years ago in Eurasia and research has shown that modern humans overlapped with Neanderthal and Denisovan populations for a period, and that they had children together (interbred).

The study was also important for showcasing the artificial intelligence technology, and how deep learning was applied for the first ever time to provide detail about human evolution. The success of the study paves the way for the application machine learning to explore facets of biology, genomics and evolution.

The research has been published in the journal Nature Communications, with the research paper titled “Approximate Bayesian computation with deep learning supports a third archaic introgression in Asia and Oceania.”