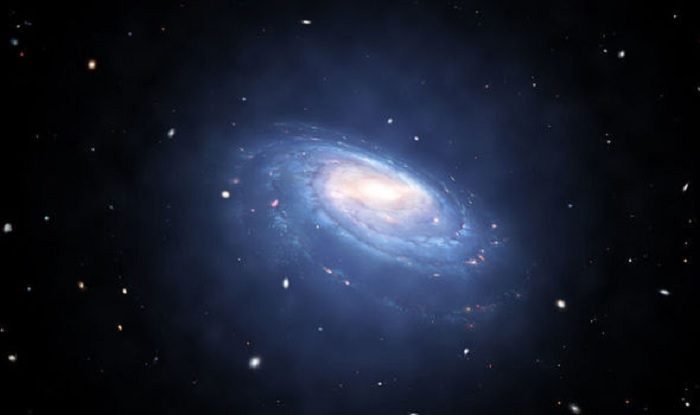 Unknown Objects Spotted at the Heart of Our Galaxy

Strange structures at the center of the Milky Way, which behave like stars but act like gas clouds has been discovered by scientist – astronomers stumped.

To add even more mystery to the “weird structures”, they are able to survive despite being near to Sagittarius A* – The Milky Way’s biggest supermassive black hole which has an intense gravitational pull.

The objects are moving extremely fast and experts are having difficulty studying them because their view is obstructed by a wall of space dust.

The galactic entities were first spotted by astronomers using the W. M. Keck Observatory in Hawaii and had to sift through 12 years worth of data. 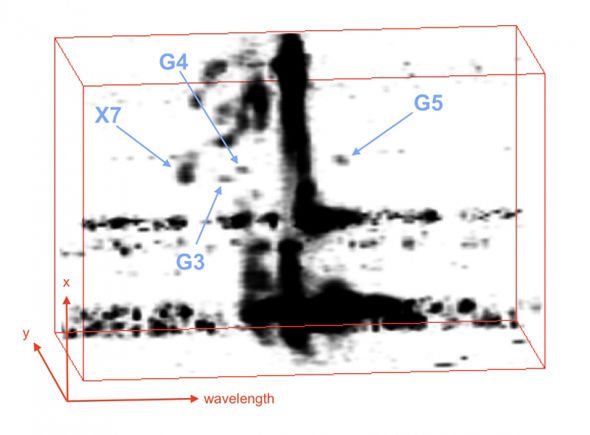 The G-Objects at the hearty of the Milky Way

“It is fascinating to watch them move from year to year. How did they get there? And what will they become? They must have an interesting story to tell.”

To get a better glimpse of the objects, the astronomers had to use a technique known as OH-Suppressing Infrared Imaging Spectrograph (OSIRIS).

This involves inspecting the electromagnetic radiation which reaches Earth from the objects.

The first was found in 2004 and it was not until 2012 that a second one was spotted near the centre of the galaxy and three more have recently been found.

Science operations lead at Keck Observatory, Randy Campbell said: “It was quite surprising to detect several objects that have very distinct movement and characteristics that place them in the G-object class, or dusty stellar objects.”

Experts had believed they were gas clouds – this was until it was noticed that they could survive under some of the universe’s strongest forces in the form of a supermassive black hole.

UCLA Astronomy Professor Mark Morris, a co-principal investigator, said: “If they were gas clouds, G1 and G2 would not have been able to stay intact. 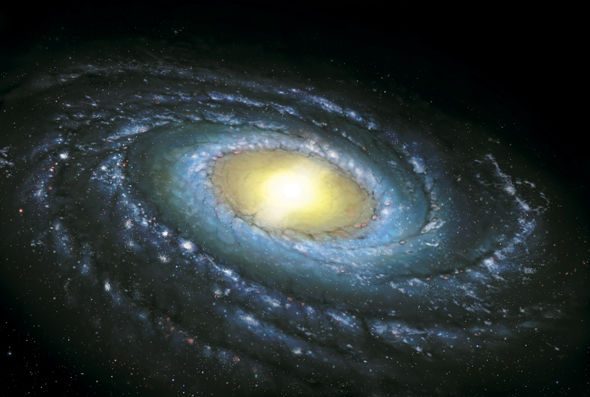 “It is fascinating to watch them move from year to year. “

“Our view of the G-objects is that they are bloated stars – stars that have become so large that the tidal forces exerted by the central black hole can pull matter off of their stellar atmospheres when the stars get close enough, but have a stellar core with enough mass to remain intact.

“The question is then, why are they so large?”

The strange objects have are bright, red, dusty objects which emit hydrogen and are relatively cold.

This led experts to believe that they could be the result of two binary stars colliding after approaching a black hole.

Professor Morris continued: “In the aftermath of such a merger, the resulting single object would be ‘puffed up’, or distended, for a rather long period of time, perhaps a million years, before it settles down and appears like a normal-sized star.”

Andrea Ghez, founder and director of the Galactic Center Orbits Initiative (GCOI) at UCLA, added: “If these objects are indeed binary star systems that have been driven to merge through their interaction with the central supermassive black hole, this may provide us with insight into a process which may be responsible for the recently discovered stellar mass black hole mergers that have been detected through gravitational waves.”