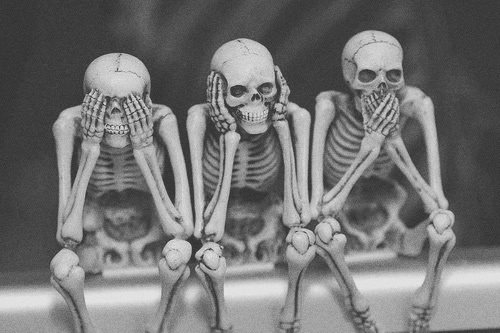 The story over at Zero Hedge tells us that radiation off of the North American coast is at higher levels than it has ever been, leaving the mainstream media and government scientists scrambling to cover-up and downplay the ever increasing threat for millions of people. While some are still calling these levels ‘safe’

, we see that nothing is further from the truth.

With a countless number of sea and wildlife creatures in the Pacific ocean now dead due to these record high levels of radiation, we take a look below at several new videos that put this into the proper perspective for us including the 1st video below fromSkyWatch TV and the 3rd video below from nuclear proctologist Dana Durnford.

Over at Natural News, David Gutierrez tells us what the mainstream media and the US government won’t, the situation is worsening and is expected to continue to get even worse. While many never want to admit it, there is no way at all to stop this disaster and much of life in the northern hemisphere hangs in the balance because of it.:

The reality, however, is that radiation along the West Coast is expected to keep getting worse. According to a 2013 study by the Nansen Environmental and Remote Sensing Center in Norway, the oceanic radiation plume released by Fukushima is likely to hit the North American West Coast in force in 2017, with levels peaking in 2018. Most of the radioactive material from the disaster is likely to stay concentrated on the western coast through at least 2026.

According to professor Michio Aoyama of Japan’s Fukushima University Institute of Environmental Radioactivity, the amount of radiation from Fukushima that has now reached North America is probably nearly as much as was spread over Japan during the initial disaster.

Over at ENENews, we learn even more; Fukushima is unstoppable and has quite literally turned into a ‘war zone’ and the Japanese government has failed miserably to notify the Japanese people and the world of the danger that awaits us. We also recently learned from officials that MOX fuel

was leaked from its’ containment vessels, causing more worries as MOX is more radioactively aggressive due to its plutonium content.:

Nothing can be promised… not even robots have been able to enter the main fuel-debris areas so far… “This is something that has never been experienced. A textbook doesn’t exist for something like this,” Masuda told The Associated Press… “Before, it was a war zone,” Masuda said quietly… [E]ven the most optimistic projections estimate the work will take about half a century. Masuda said without hesitation thatmore delays could be in order. No one knows exactly where the melted nuclear debris is sitting in the reactors, let alone how exactly the debris might be taken out… New science will have to be invented for the plant to be cleaned up… The March 2011 catastrophe is unprecedented… [T]he containment, where the morass of fuel lies, has been breached… And as devastating as the 1986 Chernobyl disaster was in what is now Ukraine, that involved one reactor, not three. When asked about what he wanted to tell the people worried about contaminated fish, such as on the West Coast of North and South America, Masuda said the radiation leak into the Pacific Ocean has been reduced to a level one-millionth of what it was in 2011… “They don’t need to worry, and, if there is anything to worry about, we will be out with that information,” he said… Masuda also acknowledged that Japan has not done as good a job as it should have on relaying the harsh realities at the plant.

NHK, Dec 17, 2015 (emphasis added): [TEPCO] says radioactive fallout that polluted the environment in mid-March of 2011 was likely caused bya leak directly from a containment vessel of the facility’s No.3 reactor. Officials… on Thursday reported their latest findings on what happened at the plant… They concluded that radioactive contamination of the environment between the night of March 14th and the 16th was likely caused not by the vent operations but failure of the vessel. They said the vessel likely lost airtightness due to heat from nuclear fuel

While nobody in the mainstream media nor government are even talking about radiation anymore, that isn’t stopping the fact that it’s destroying our oceans, environment and causing massive chaos below the surface.

Journalist: “Nobody even talks about Fukushima anymore… there’s almost no more fish… the ocean is dying, it’s terrifying” — Gov’t warns public to expect alarming increase in deaths on West Coast — “Fish… are just too hard to find” — “Chaos below the surface” — Official: “We are preparing for worst”

Each and every day goes by without a peep from our mainstream media nor our government about the dangers of Fukushima. With only alternative media paying any attention to this slowly unfolding disaster we have to wonder if they’ll continue to stay silent even when it is far too late to speak up.