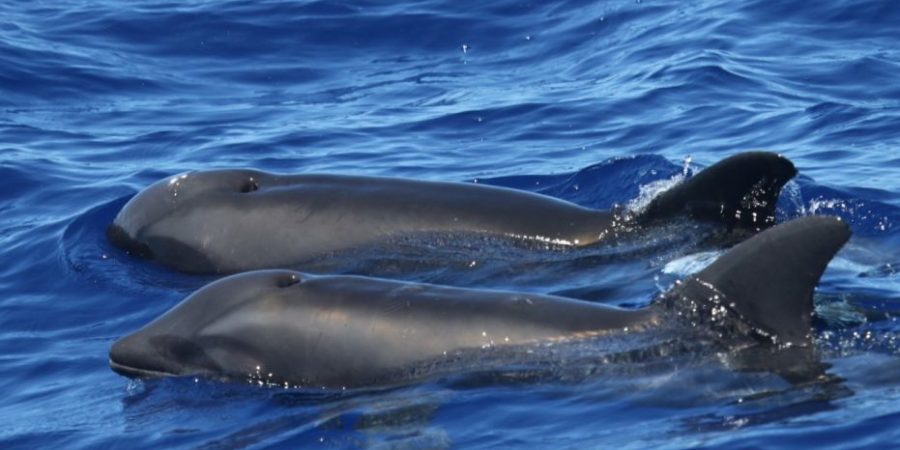 Originally spotted last year, this unusual animal has since been confirmed to be a genuine cross-breed.

In a new report from Cascadia Research Collective, scientists have concluded that the whale-dolphin is the result of a melon-headed whale breeding with a rough-toothed dolphin.

“We had the photos and suspected it was a hybrid from morphological characteristics intermediate between species,” said marine mammal expert Robin Baird.

Intriguingly, one of its parents – the melon-headed whale – is incredibly rare in the waters around Hawaii, which makes this unorthodox pairing even more of a mystery.

“Hybrids among different species of whales and dolphins have been previously recorded, but this is the first case of a hybrid between these two species, and only the third confirmed case (with genetics) of a wild-born hybrid between two species in the family Delphinidae,” Baird told Fox News.

“If we find it again, we’d like to try to get a biopsy sample of the melon-headed whale it was associated with as well as get underwater footage [and] images to better assess morphology.”