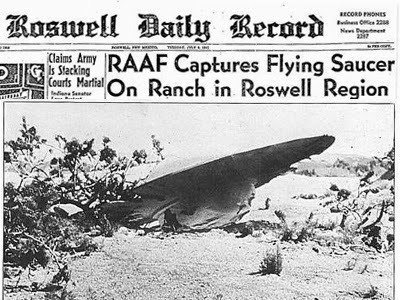 No matter how many years go by the conspiracy of what happened in Roswell, New Mexico seems not to die down. Now it would seem that an army intelligence officer who served under President Eisenhower and witnessed the event first hand has come clean in a new book along with an interview he gave regarding the book. Colonel Phillip Corso, Sr who sat on the President’s security council at that time went into grave detail into what he saw.

Corso gave detail account to the fact that he saw dead bodies within the wreckage in the crash scene at Roswell. He went into how the bodies had to be those of Extraterrestrials due to the overall appearance of the carnage. He told how the bodies seem to have no faces such as defined mouths or noses. This was just one of the definite differences in overall appearance to that of an actual person.

So, in writing this book entitled “The Day After Roswell” is Corso trying to profit off of this conspiracy. Well, during the interview Corso stated that he never intended to write the book but he felt that the generations that came after the Roswell incident had a right to the know the truth that he witnessed.

As for the book itself Corso gives a detailed account of how he was involved in the cover-up to try to keep the truth from leaking out to the public. He also goes into how he was witness to technology used by the alien visitors that was so out of our reach at that time being seen for the first time. He also tells how much of this such as integrated circuit chips, lasers and other technological advancements were leaked into the world market over time.

So, is there any truth to what Colonel Corso claims here? No one knows this for sure, it is certainly an account that could give pause no doubt about that. Another thing to bear in mind is no matter how much time seems to go by the incident at Roswell remains one many continue to question. Perhaps it’s one that will never truly be exposed as fact or fiction but it it is certainly something that has drawn the interest of many for decades now.