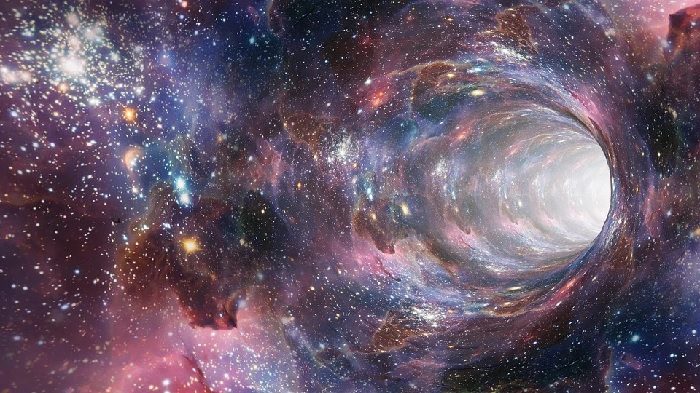 :The AATIP and AAWSAP have long been suspected, in no small part due to a great level of secrecy, of working on something along the lines of “studying UFOs”, but the reality shown in the disclosed documents exceeds all expectations of UFOlogists and conspiracy theorists.”

by Tim Korso
via sputniknews
Image by Genty – Pixabay

None of the research, however, has yielded practical results for the Pentagon or the US, recently unsealed documents show. Studying UFOs was possibly the least “weird” research being carried out under a secretive US programme.

The US Defense Intelligence Agency (DIA) has released 1,600 pages of previously-classified documents about the research of its subdivision into such futuristic technological concepts as invisibility cloaks, wormholes fit for long-distance space travel, stargates, antigravity, negative energy, and high frequency gravitational wave communications. One of the most bizarre suggestions studied was, as weird as its sounds, punching a hole through the moon using nuclear charges, apparently because “gravity is the bane of aerospace transportation”, as one of the documents, released to the Motherboard media outlet via a FOIA request, said.

The exotic research was carried out by the DIA-funded Advanced Aerospace Threat Identification Program (AATIP) via its main contract – Advanced Aerospace Weapons System Application Program (AAWSAP). The AATIP and AAWSAP have long been suspected, in no small part due to a great level of secrecy, of working on something along the lines of “studying UFOs”, but the reality shown in the disclosed documents exceeds all expectations of UFOlogists and conspiracy theorists.

The research that the AATIP conducted was supposed to be focused on studying the capabilities of said concept technologies that the US military could use to gain an upper age over potential adversaries. However, the same documents show no signs that the programme succeeded in creating any of the said technologies or even coming close to it.

The AATIP and AAWSAP outsourced most of their research to one private company – Bigelow Aerospace Advanced Studies (BAASS). The latter was founded by hotel magnate Robert Bigelow, a close friend of late US Senator Harry Reid – the main champion of the AATIP and extreme secrecy. Reid secured the government funding for AATIP and Bigelow’s BAASS became the sole bidder for the first contract that cost $10 million for the first year alone, Motherboard discovered.

The AATIP spent millions of dollars on the 38 research projects under the AAWSAP. The exact sum is not clear at the moment, but unless the now-defunct programme passed along some secretive findings to the DIA or Pentagon – they were apparently not spent very wisely.

Sputniknews
Image by Genty from Pixabay