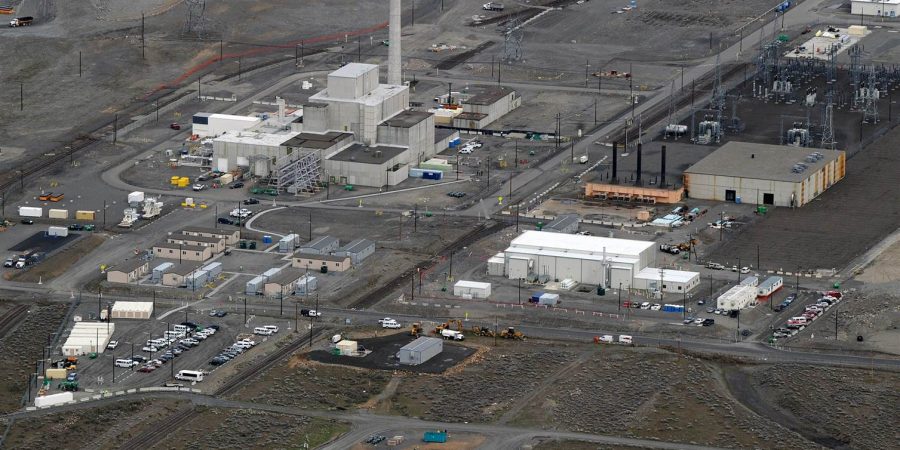 The US Department of Energy has declared an emergency at the Hanford, Washington nuclear waste storage site, after a cave-in of a tunnel used to store radioactive materials and equipment.

About 3,000 workers have taken cover at the 200 East Area of the sprawling complex, local media reported. By 10:30 am local time, the “take cover” orders have been expanded to the entire site, which is about half the size of Rhode Island.

A portion of a tunnel near the plutonium-uranium extraction plant (PUREX) collapsed early Tuesday morning local time, most likely from vibrations produced by nearby road work, KING-TV reported.

Initial reports spoke of a 4-foot (1.2 meter) hole, which was later expanded to 20 feet (6 meters) across, at the junction of two tunnels used in the 1960s to store highly radioactive materials and equipment, such as trains used to transport nuclear fuel rods.

This robot is being used at Hanford right now to sample contamination in the air and on the ground. pic.twitter.com/AFOrhIbB9S

The PUREX facility was built in the 1950s and used until 1988 to extract plutonium from around 70,000 fuel rods in total. The building has been vacant for nearly twenty years and “remains highly contaminated,”according to the Hanford website. Rail cars used to transport the fuel rods from the nuclear reactors to the processing facility are buried inside the nearby tunnels.

No workers were injured in the collapse, and officials have detected no release of radiation, Washington state Department of Ecology spokesman Randy Bradbury told AP.

“In the ‘60s, spent fuel rods were put in railroad cars and, once filled, the railroad cars were wheeled into a tunnel dug into the side of a hill,” Bradbury said. “Twenty-eight rail cars in all fill this particular tunnel. A worker today noticed a collapse of dirt above the tunnel today, triggering the evacuation.”

Workers at the complex have been ordered to stay indoors and refrain from eating and drinking, according to text alerts seen by local media. Emergency crews are organizing the evacuation.

UPDATE FROM HANFORD: eating now allowed but some areas still in lockdown. pic.twitter.com/XPen01cKvQ

Emergency measures were put in place due to “concerns about subsidence in the soil covering railroad tunnels,” says a statement posted on the Hanford facility website.

Residents of the nearby Benton and Franklin counties do not need to take any action, the facility said.

Photo of massive plutonium finishing plant at Hanford. Tunnel that collapsed led to this building. pic.twitter.com/UG0hmXC78z

Hanford Source: "This is the biggest deal I've seen at Hanford in my 35 years here."

Hanford is located on the Columbia River in eastern Washington, near the border with Oregon. Built during World War Two as part of the Manhattan Project to develop the nuclear bomb, it still contains roughly 53 million gallons – over 2,600 rail cars – worth of high-level nuclear waste, left from the production of plutonium for the US nuclear weapons program.

A number of current and former Hanford workers suffer from serious medical conditions as a result of exposure to toxic waste leaks and “burps” of radiation at the complex, RT America reported in April 2016.