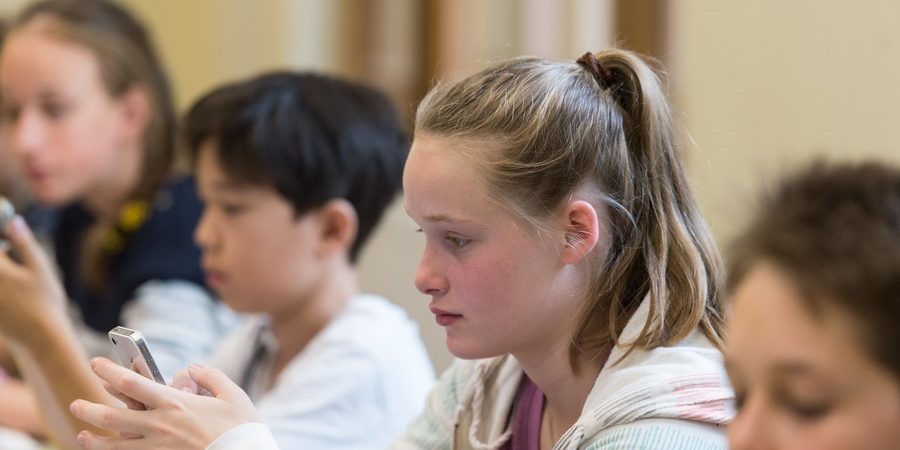 The California Department of Public Health has issued guidelines on cell phone exposure, warning residents to keep their cell phone away from their body to reduce potential cancer and infertility risks.
The release follows a legal battle initiated by UC Berkeley researcher Joel Moskowitz last year after he discovered draft documents on the issue had existed since 2010 without being made available to the public.

The precautionary document, ‘How to reduce exposure to radio frequency energy from cell phones’ states that while the science is still evolving some studies have suggested a link between long-term mobile phone use and cancer.

Qualifying that these studies have not established a definitive relationship between the two, and that potential health risks from cell phones are still contentious among scientists, the health department states its advisory is for those concerned about the possible risks.

The main piece of advice issued by the authority is to keep the phone away from your body. “Keeping your phone just a few feet away from you can make a big difference,” it says.

This means using the speakerphone option or a headset instead of holding the phone up to your ear and keeping your mobile device in a backpack or handbag and not in a pocket.

The guidelines also warn against a common habit for those who also use their device as an alarm clock – sleeping next to your cell phone. Unless the phone is off or in airplane mode, keep it at least a few feet away from your bed, the guidelines recommend.

CDPH Issues Guidelines on How to Reduce Exposure to Radiofrequency Energy from Cell Phones: https://t.co/tsbV3ZUn72 pic.twitter.com/0ZLYBPv48C

The report highlights that children could be at greater risk as their body is still developing and over their lifetime they will have a lot more exposure.

The release of the CDPH guidelines follows a ruling by the Sacramento Superior Court handed down in March. The state argued in court that the unofficial document would cause unnecessary panic, reported KAZU.

A draft document was initially released but these new guidelines offer a more detailed picture.

In July, the California Brain Tumor Association held a demonstration in Sacramento outside the CDPH building to call for the public release of the cell phone warning document.

CDPH director Dr Karen Smith said they released the guidelines because of a continued public interest in cell phone-related health risks and the decision had little to do with the court battle.

The latest safety recommendations are similar to those issued by the Connecticut Department of Public Health in May, 2015.

A number of expert agencies including the US Food and Drug Administration, the National Cancer Institute and the Centers for Disease Control and Prevention have said sufficient evidence has not been presented to show an association between exposure to radio frequencies from a cell phone and health problems.

The agencies suggest more research is needed. The International Agency for Research on Cancer has classified radio waves as “possible carcinogens” but note there is limited evidence. The US Environmental Protection Agency (EPA) and the National Toxicology Program (NTP), meanwhile, have not formally classified cell phones as to their cancer-causing potential.

A study published earlier this year by University College Cork in the Republic of Ireland on myths about cell phones and cancer risk, found huge disparities between fact and fear.

“The results of our research show that a significant proportion of Irish males incorrectly believe certain cancer myths, for example between 45% to 52% believed that wearing tight underwear, carrying mobile phones in pockets or extended use of laptop on the lap increased their risk of testicular cancer,” the team concluded.