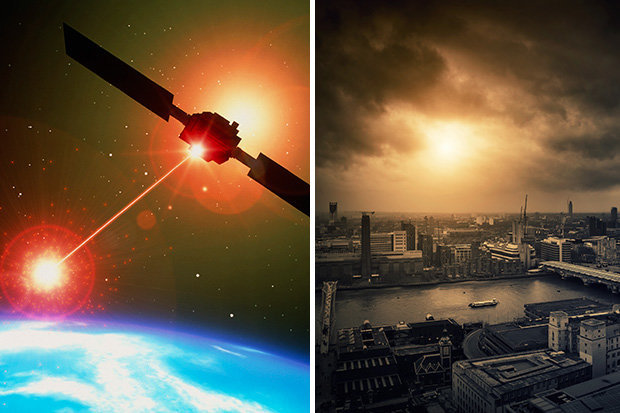 US Military Develops Super Weapon that Can PARALYZE Entire Cities!

We entering the age of futuristic warfare with technology only possible in science fiction and it’s going to be truly terrifying.

There has been great advancements in military technology since the great world wars. Not just in destructive weaponary, but also in communications and defense systems. We heard about the long lost Nazi technology like anti gravity devices, the time travelling “Die Glocke”, super colossal tanks and cannons, among many others.

One main target during electronic warfare are the vast line of computers working alongside modern weapons and containing vast amounts of important databases.

So it is possible to almost completely paralyse the enemy force if a massive area of effect EMP weapon is used against them. US military is currently developing a device so powerful that it could stop entire cities and leave all it’s defenses down.