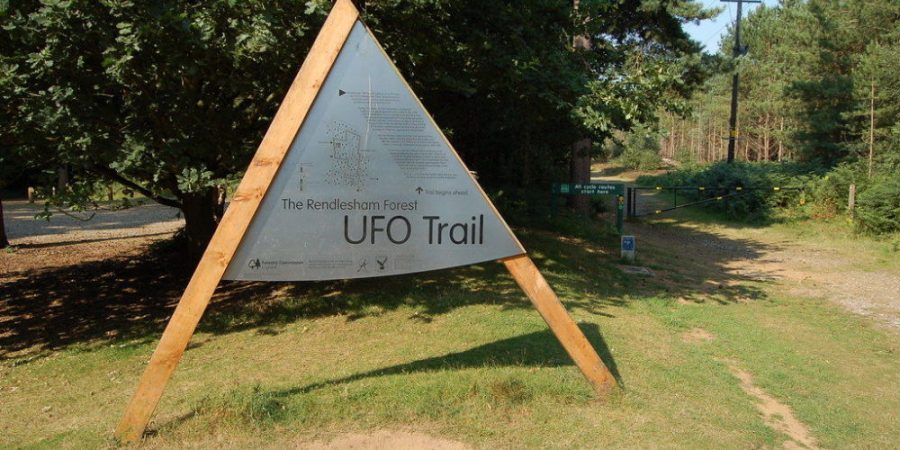 US Serviceman Comes Forward about the UFO Incident at Rendlesham

A US veteran who was stationed at RAF Bentwaters has spoken out about the Rendlesham Forest UFO incident.

Sometimes referred to as “Britain’s Roswell”, the events that took place at a US air base in late December 1980 continue to remain one of the 20th Century’s most enduring mysteries.

The strangeness began on December 26th when US servicemen stationed at RAF Woodbridge witnessed an unknown object descending in to the woods. Upon investigating, they encountered a glowing metallic object which seemed to move through the trees as they approached. When they returned the next day, they found three triangular impressions in the ground at the same spot.

On December 28th the object appeared a second time, prompting deputy base commander Lt Col Charles Halt and a group of servicemen to venture out in to the woods to investigate.

What they saw that night would go on to haunt them for the rest of their lives.

Now Michael Smith, who was part of the 81st Airborne Police Squadron at RAF Bentwaters at the time of the incident, has come forward to talk about his own experience.

“A month before the base was put on alert I was called out and I got onto a bunker by one of the gates,” he said. “I was having a pee outside when I saw an orange glowing light in the woods.”

“It was a reddish ball. It stopped right in front of me – it just stayed there and hovered two feet off the ground and I called for reinforcements I was scared to death.”

Could this have been the same object that Halt and his men encountered a few weeks later ?

The search for answers continues.