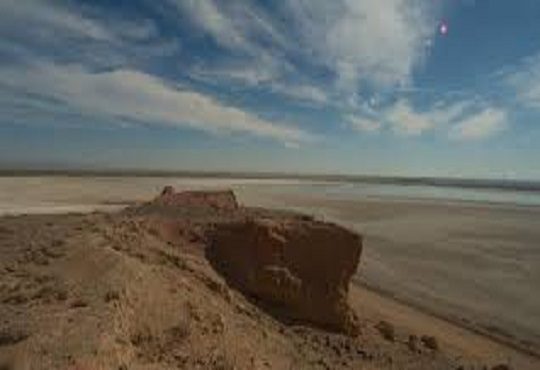 An earthquake swarm on the San Andreas Fault may mean parts of California are at risk of a big earthquake for the next week. Swarms recorded over the last 20 years have lasted between one and 20 days, with an average of a week, the U.S. Geological Survey (USGS) said in a statement.

The earthquake swarm hit on a southern section of the fault, beneath the Salton Sea. The largest quake recorded was a magnitude 4.6, which hit at 8.56 a.m. local time on August 10.

This part of San Andreas is capable of producing earthquakes that are magnitude 7 and above. The USGS said the last time an earthquake of this size hit this section was over 300 years ago.

Just a heads up California:

There has been a swarm of earthquakes at the Salton Sea today.

The San Andreas Fault runs through the Salton Sea.

Just make sure your phones are charged.

“In a typical week, there is approximately a 1 in 10,000 chance of a magnitude 7+ earthquake on the southernmost San Andreas Fault,” the statement said. “That probability is significantly elevated while swarm activity remains high.”

The San Andreas Fault is considered to be one of the most dangerous faults in the world. It stretches around 750 miles and marks the boundary between the Pacific and North American tectonic plates. Three major cities are located on the fault — Los Angeles, San Francisco and San Diego — along with multiple towns.

During the swarm on August 10, over 20 earthquakes were recorded in the Salton Sea area.

#earthquake swarm Salton Sea peaked M 4.6 yesterday. It's the 4th swarm in the area in the last 88 years. Previous swarms occurred in 2001, 2009 and 2016. The San Andreas fault section just North has not ruptured since 1680-1690. Estimated average is about 250 years. pic.twitter.com/RFSALIBv0G

According to the USGS, there are a number of possibilities for what will happen over the coming days and weeks. The most likely scenario, with an 80 percent chance, is that earthquakes will continue to occur over the next week, but none will be larger than a magnitude 5.4.

The second most likely scenario, at 19 percent, is that an earthquake with a magnitude between 5.5 and 6.9 will hit in the next seven days. This could cause damage around the Salton Sea region and there would be aftershocks.

The least likely scenario, with a 1 percent chance, is that an earthquake of magnitude 7 or above occurs. “While this is a very small probability, if such an earthquake were to occur, it would have serious impacts on communities nearby and would be followed by aftershocks that would increase the number of smaller earthquakes per day,” the USGS said.

The agency said earthquakes cannot be predicted and their forecasts are based on statistical analysis from previous quakes. It said the risk of larger earthquakes taking place will stay high while the swarm activity continues.

There has not been a large earthquake along the San Andreas Fault for over a century. This has raised concerns the region is overdue a “Big One.” According to the USGS, the chance of a 1906 size earthquake hitting in the next 30 years is around 2 percent. This magnitude 7.9 earthquake, which hit San Francisco, is estimated to have killed over 3,000 people and left 225,000 homeless.

In addition to California, a strong enough quake could trigger the faultline running down into Mexico:

A swarm of earthquakes in California & Mexico along the San Andreas fault is raising fears that a big one is imminent.

Here's where & magnitude of the average quake: