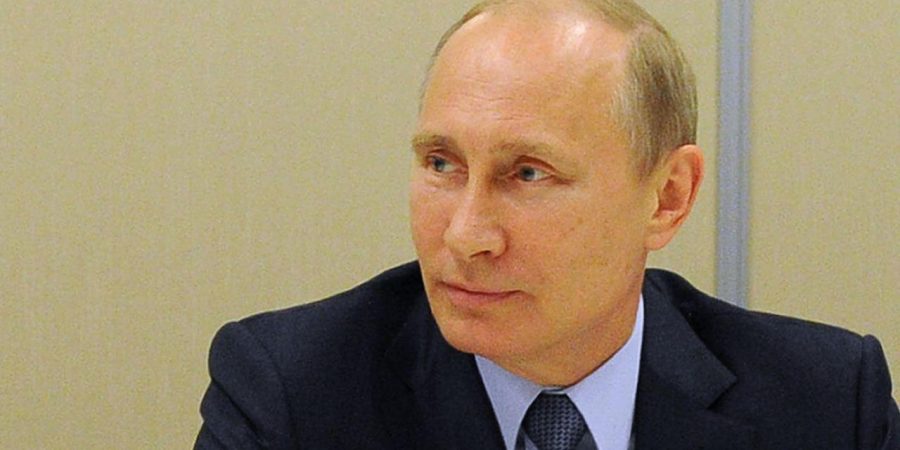 The nuclear threat is now greater than at any time since the 1980s.

While the number of nuclear warheads in the world is continuing its slow decline, both Russia and America have been investing heavily in modernizing their weapons and delivery systems. In the White House will soon be a famously irascible man who is also famously ignorant about nukes. In the Kremlin is the first Russian leader since Nikita Khrushchev to put the use of nuclear weapons on the table (paywall), and who has reveled in provoking Europe, sowing carnage in the Middle East, and destabilizing the US political process.

What’s scary is that of the two men, Vladimir Putin is the rational one.

It’s surely no accident that Putin spoke publicly about upgrading Russia’s nuclear arsenal the day before his annual marathon press conference: Clearly, he wanted to be asked about it with the whole world watching. What was unexpected was that Donald Trump reacted by tweeting that the US “must greatly strengthen and expand its nuclear capability.” Puzzling over what exactly he might have meant, the New York Times noted that where the Obama administration took a year of thought and 64 pages to express its nuclear policy, Trump had done it in a few moments and 140 characters.

Putin may have meant to manoeuvre the American political neophyte into a deal that leaves Russia unthreatened by US warheads. But if so he didn’t reckon with Trump’s tweet-from-the-hip approach. As chess champion Garry Kasparov has observed, Putin likes playing “geopolitical poker” with a strong enough nerve to out-bluff his Western opponents. This works when your opponents are rational and predictable. Trump, though, has said he believes the key to a nuclear deterrent is unpredictability.

Putin said he hopes for “businesslike and constructive” relations with Trump. If so, he should put aside the mind games and work on striking one of Trump’s beloved “deals.” Because we just don’t know when the billionaire might get bored of playing geopolitical poker and pull out a geopolitical gun.