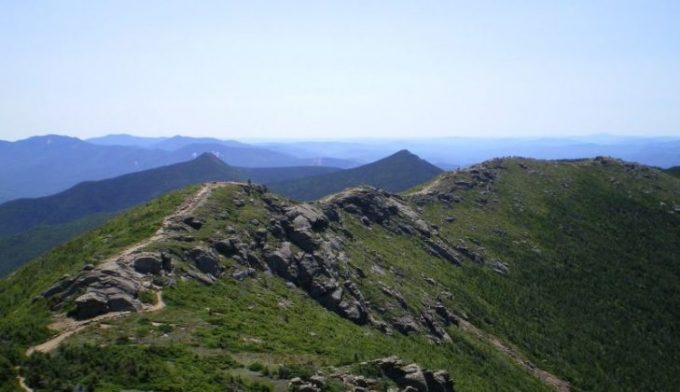 Volcanoes on the East Coast? Baby Volcanoes Brewing Below the Surface of New England

There are some baby volcanoes brewing under New England.

That’s what scientists discovered while studying a bog of hot magma 60 miles below the surface of New England.

I would not be surprised if, in a few million years, we had volcanoes again on the East Coast of the United States.

What is the Northern Appalachian Anomaly?

The Northern Appalachian Anomaly is a strangely hot piece of Earth’s crust about 250 miles wide, centered beneath New Hampshire. While geologists have known about it for a long time, they didn’t really know what it was until now. It had been thought that this was some ancient hotspot, leftover from old geological activity, that will cool over time.

But this new research published in Geophysical Research Letters shows the Northern Appalachian Anomaly is not only twice as hot as previously thought, but that it’s a place of active magma upwelling — the very nascent stage of what could one day be a baby volcano.

Why is that interesting?

Part of what makes the find interesting is that most people tend to think of volcanoes cropping up along the margins of tectonic plates, where the Earth’s crusts pulls apart or pushes together, allowing magma to bubble up from below. But that’s not always the case. There’s also what’s called intraplate — or hot-spot — volcanoes, where large plumes of mantle well up from below, ultimately piercing the planet’s surface. Like a current eroding river banks, the anomalously hot magma churns and bores away until the crust gives in.

It’s not every day that a new volcano is born, but of course it’s a thing that has happened maybe millions of times over Earth’s history. One of the most recent ones popped up in 1943, in the corn fields of a Mexican farmer named Dionisio Pulido. While working his field one day, the land swelled up and split in two. As if the gates of Hell had opened, sulfur, smoke, and ash began to spew from the crack.

The volcano, named Parícutin, remained active for nine years. It rose a quarter mile up over the landscape, and grew a crater 650 feet across. Although it is no longer considered active, it is still hot, and occasionally will spew steam. It is the only volcano that scientists have documented from birth to extinction.

New Hampshire isn’t the only place on Earth with a proto-volcano bubbling beneath the surface. Earlier this year scientists discovered a pool of magma under a New Zealand town just six miles below the surface. It’s not expected to erupt anytime soon. And while New Hampshire will likely have to wait millions of years to become the next global hot spot, this New Zealand magma might find its way to the surface on the order of hundreds of years.