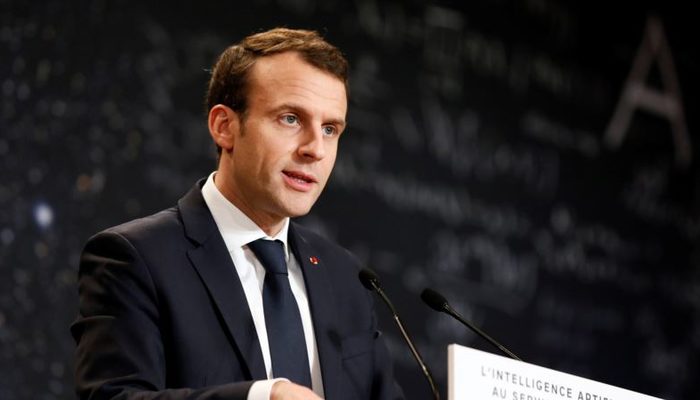 Wise words indeed from the President of France. By now it’s fairly common knowledge of Google’s privacy breach attempts (Google Collects Location Data from Android Users Even With Service Disabled – Report (Google Spying: Voice Assistant Records and Keeps Conversations You Have Around Your Phone) with no consequence and with recent exposure of shady Facebook activities (Data Downloads Reveal the Type of Information Facebook Has About You) which they seem to be facing no punishment on, you can see Mr. Macron has it spot on.

Emmanuel Macron, the French president, has warned that Google and Facebook are becoming too big to be governed and could face being dismantled.

Internet giants could be forced to pay for the disruption they cause in society and submit to French or European privacy regulations, he suggested.

In an interview with the magazine Wired, the president warned that artificial intelligence (AI) would challenge democracy and open a Pandora’s box of privacy issues.

He was speaking after announcing a €1.5bn (£1.32bn) investment in artificial intelligence research to accelerate innovation and catch up with China and the US.

Mr Macron said companies such as Google and Facebook were welcome in France, brought jobs and were “part of our ecosystem”.

But he warned: “They have a very classical issue in a monopoly situation; they are huge players. At a point of time – but I think it will be a US problem, not a European problem – at a point of time, your government, your people, may say, ‘Wake up. They are too big.’

“So at this point, you may choose to dismantle. That’s what happened at the very beginning of the oil sector when you had these big giants. That’s a competition issue.”

“[The] question isn’t ‘Should there be regulation or shouldn’t there be?’ – it’s ‘How do you do it?'” Mr Zuckerberg said.

At the start of this year, billionaire investor and philanthropist George Soros added his voice to a chorus calling for major technology firms to be reined in, calling Google and Facebook monopolies in need of regulation.

Apple’s chief executive Tim Cook has called for more regulation of Facebook in the wake of the Cambridge Analytica data scandal.

Mr Macron also hinted in the interview that the online giants might be forced to put more money towards compensation for disrupting traditional economic sectors.

“We have to retrain our people,” he said. “These companies will not pay for that – the government will.

“Today the GAFA [Google, Apple, Facebook, and Amazon] don’t pay all the taxes they should in Europe. So they don’t contribute to dealing with negative externalities they create. And they ask the sectors they disrupt to pay, because these guys, the old sectors pay VAT, corporate taxes and so on. That’s not sustainable.”

He said people should remain sovereign on privacy rules.

“I want to protect privacy in this way or in that way. You don’t have the same rule in the US. And speaking about US players, how can I guarantee French people that US players will respect our regulation? So at a point of time, they will have to create actual legal bodies and incorporate it in Europe, being submitted to these rules.”

Accountability and democracy happen at national or regional level but not at a global scale, he added. “If I don’t walk down this path, I cannot protect French citizens and guarantee their rights. If I don’t do that, I cannot guarantee French companies they are fairly treated. Because today, when I speak about GAFA, they are very much welcome – I want them to be part of my ecosystem, but they don’t play on the same level playing field as the other players in the digital or traditional economy.”

He added: “All I know is that if I don’t, at a point of time, have this discussion and regulate them, I put myself in a situation not to be sovereign any more.”

“AI will raise a lot of issues in ethics, in politics, it will question our democracy and our collective preferences. For instance, if you take healthcare, you can totally transform medical care, making it much more predictive and personalised if you get access to a lot of data. We will open our data in France.

“But the day you start dealing with privacy issues, the day you open this data and unveil personal information, you open a Pandora’s box, with potential use cases that will not be increasing the common good and improving the way to treat you.

“In particular, it’s creating a potential for all the players to select you. This can be a very profitable business model: this data can be used to better treat people, it can be used to monitor patients, but it can also be sold to an insurer that will have intelligence on you and your medical risks, and could get a lot of money out of this information. The day we start to make such business out of this data is when a huge opportunity becomes a huge risk. It could totally dismantle our national cohesion and the way we live together.

He attacked Germany’s new Network Enforcement Act, under which technology companies must immediately investigate hate speech complaints, delete hateful content within 24 hours or face fines of up to €50m.