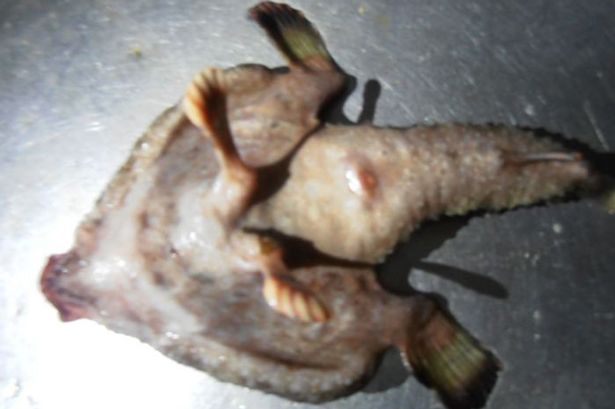 Fishy? This weird-looking creature with scales and a “human nose” was found in the sea

Fishermen have been given a fright after a weird-looking creature with scales, feet, toes and a human-like nose was discovered in the ocean.

The strange hybrid, which has human-like feet allowing it to walk across the seabed, was hauled out of the depths of in the Caribbean.

It has scales like a fish but two feet complete with toes, as well as a “perfectly formed human nose” above its mouth.

And the alien-looking being , found in the sleepy harbour of Windward on the tiny island of Carriacou, has disbelieving fishermen stumped.

One islander said: “Everyone crowded around to look – nobody had ever seen anything like it.

“Quite a few people were pretty scared and thought it looked like something out of a sci-fi horror film.” 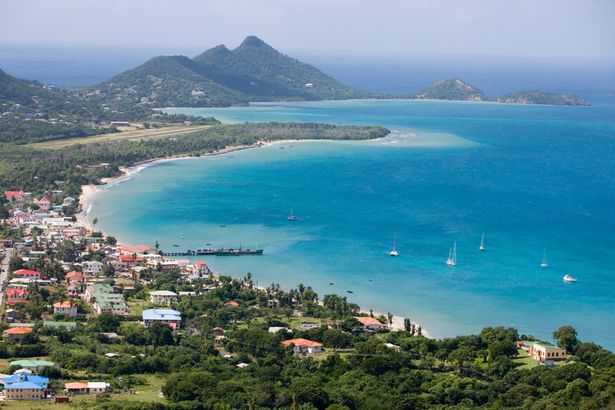 Idyllic: The normally peaceful island of Carriacou in the Caribbean

Veteran fisherman Hope McLawrence, 74, who found himself staring into the eyes of the “alien” creature when he hauled in his nets, admits he was astounded.

He says the foot-long creature has two feet with toes, no fin, a long bone on its back and “a perfect human nose immediately above its mouth”.

“I have never discovered anything like this before,” he added.

Hope, a fishermen for more than 50 years, has his own opinions on the ‘fish’.

He said: “By the look of the creature it can’t swim but walks on the seabed.

“This has shocked me to a considerable extent since I never thought that a creature like this even existed, much less in the harbour of these shallow, friendly waters.

“This is like a mystery and breathes a chill with this discovery.”

Carriacou is a few miles from the larger island of Grenada.

It’s just a 200-miles from Barbados, a favourite winter hang-out for celebrities