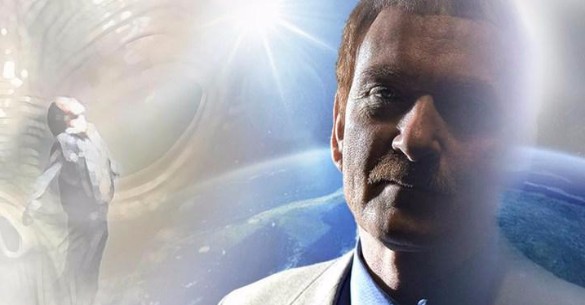 The name Travis Walton is well known within UFO circles. The (in?)famous abduction story that took place in Arizona’s Apache-Sitgreaves National Forest made international headlines. While the case does have its detractors, a recent soil study of the site has come up with some very strange findings. Perhaps something otherworldly did occur on that November night in 1975.

On the evening of November 5th, Walton and some friends were driving down a quiet road in the forest after a long day of logging. Noticing a strange light, Walton and his buddies went to investigate. As they approached the strange object emitting a bright light, Travis was hit by some sort of beam and thrown several feet into the air. Panic ensued. His friends left him lying on the forest floor, and ran for it. Minutes later, realising they had just left their friend injured or dead, the men returned to the site. The object was gone, and so was Walton. They went to the local Sheriff’s department, reported the incident, and were suspected of murdering Walton. Five days later, Walton found himself on a lonely stretch of highway, tired, hungry and dehydrated. As Walton’s memory slowly began to return, he remembered being aboard a strange craft, odd alien beings, and a life altering event that has totally reshaped his entire grasp of reality.

A study of soil samples completed by Frontier Analysis Limited last week of the site where the alleged abduction took place has provided some interesting insight into the story, and perhaps has begun to shed some light onto that mysterious event in 1975. Led by Phyllis A. Budinger, an accomplished chemist and scientist, the report details the soil composition of the location directly beneath the strange object Walton saw that night.

According to the report,

The objective of this project is to determine whether the analysis of the soils will detect any anomalies which can be related to an unknown craft (UFO).

Several soil samples were taken from the supposed abduction site itself, along with several more control samples from the surrounding area. While there was not much difference between the site samples and the controls, two anomalies did present themselves.

While the report suggests that there may be a natural reason for the cationic activity, such as clay deposits influencing chemical changes, the increased amount of iron in the sample is definitely out of the norm.

Images of the cationic samples, courtesy of The Black Vault.

The report engages in some speculation,

…the hovering craft propulsion system has a powerful electromagnetic effect thereby drawing (and concentrating) these iron particulates toward the surface…And, there is indication that while hovering an electronic force field surrounds the craft, causing an ionizing effect to materials in close proximity.

The team behind the report has apparently done similar soil studies in the past of UFO landing sites. However, their conclusions reflect a strong push for more studies.

Clearly the quantitative results for the iron containing particulates need to be further verified. So definitely, more soil sampling is needed from the site and outside the site…

The report argues that additional studies are required, however, this initial report does lay the groundwork for additional scientific study of the UFO question. Whatever a person’s opinion may be in regards to UFOs and the Travis Walton abduction, when real science engages in these events, a few puzzle pieces begin to fit together. While we may never fully understand what occurred on that November night, this study definitely leads us down a path that, like Walton, may begin to shift our perception of the UFO phenomenon.

If the scientific community does choose to engage in more soil sampling of the site, as well as other evidence from the many UFO events in recent years, will humanity generate a better idea of what UFOs are? Is the truth literally buried in the ground beneath our feet?