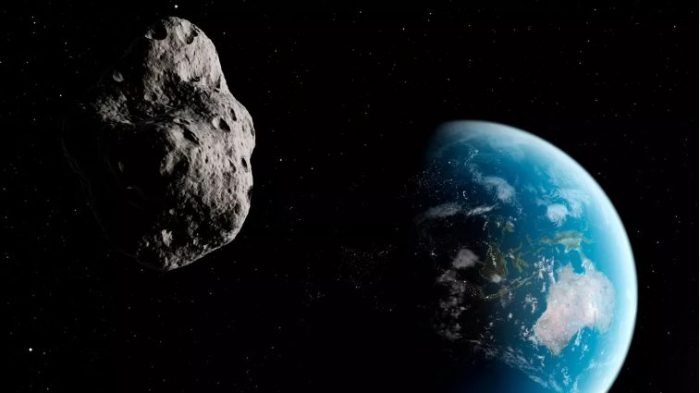 by Eric Mack
via cnet.com

A space rock possibly as wide as a football field flew between the moon and Earth last week, but the big asteroid — catalogued as 2021 SG — wasn’t spotted until the day after it had already made its closest pass by our planet.

While asteroid 2021 SG is safely heading back to deeper space, it provides a brief moment of deja vu for sky watchers who may remember the large bolide that went unseen until it exploded in 2013 above Chelyabinsk, Russia.

That meteor was estimated to be only about one quarter the diameter of 2021 SG, and yet that was large enough to create a shock wave that blew out thousands of windows in the city below, injuring hundreds. Asteroid 2021 SG is not only significantly bigger, but it also moves at an impressive clip of over 53,000 mph (85,295 kph).

2021 SG passed us safely on Sept. 16, but at a relatively close distance — astronomically speaking — of around 153,000 miles (246,000 km). If it had entered Earth’s atmosphere, it likely would have caused destruction, especially if it hit near a populated area.

The Chelyabinsk meteor and asteroid 2021 SG point out a literal blind spot when it comes to watching for so-called near-Earth objects: the sun. As NASA solar system ambassador Eddie Irizarry and EarthSky editor-in-chief Deborah Byrd explain, both space rocks went undetected as they approached us because they came from the direction of the sun.

Astronomers, using large telescopes, sky surveys and other advanced technologies, have become very good at spotting, cataloging and tracking all sorts of objects in space, right down to tiny pieces of old satellites in orbit. But right now there is simply no good way to keep an eye out for objects — even large ones — that approach us from the direction of our favorite ball of fire.

A fix is on the way, fortunately. NASA plans to launch its NEO Surveyor spacecraft in 2026, which will be parked at a spot in space between Earth and the sun so it can detect the objects we can’t see from here.

In the meantime, we just need to make it through the next half decade without taking in major incoming from the direction of our closest star.