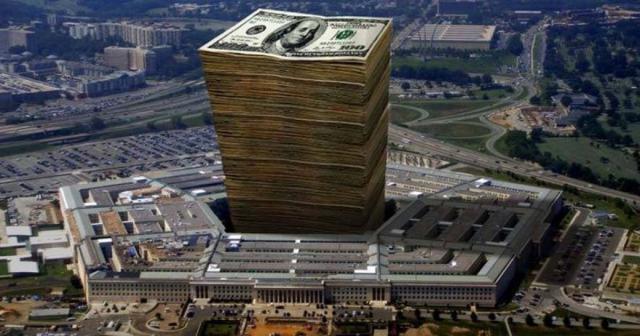 WARNING: $6.5 Trillion Missing From The Pentagon: Last Time This Happened Was BEFORE 911

Some people say that the last time this happened was WTC towers in 2001. That was about half then – about $3.3 trillion they couldn’t account for. The fact that no one’s talking about this is alarming. Here is the official full report from the OFFICE of INSPECTOR GERNERAL: http://www.dodig.mil/pubs/report_summary.cfm?id=7034

We determined whether adjustments made to Army General Fund (AGF) data during the FY 2015 financial statement compilation process were adequately documented and supported. In addition, we assessed the internal controls over the compilation process.

The Office of the Assistant Secretary of the Army (Financial Management & Comptroller) (OASA[FM&C]) and the Defense Finance and Accounting Service Indianapolis (DFAS Indianapolis) did not adequately support $2.8 trillion in third quarter journal voucher (JV) adjustments and $6.5 trillion in year end JV adjustments1 made to AGF data during FY 2015 financial statement compilation.2 The unsupported JV adjustments occurred because OASA(FM&C) and DFAS Indianapolis did not prioritize correcting the system deficiencies that caused errors resulting in JV adjustments, and did not provide sufficient guidance for supporting system‑generated adjustments.

In addition, DFAS Indianapolis did not document or support why the Defense Departmental Reporting System‑Budgetary (DDRS-B), a budgetary reporting system, removed at least 16,513 of 1.3 million records during third quarter FY 2015. This occurred because DFAS Indianapolis did not have detailed documentation describing the DDRS-B import process or have accurate or complete system reports.

As a result, the data used to prepare the FY 2015 AGF third quarter and yearend financial statements were unreliable and lacked an adequate audit trail. Furthermore, DoD and Army managers could not rely on the data in their accounting systems when making management and resource decisions. Until the Army and DFAS Indianapolis correct these control deficiencies, there is considerable risk that AGF financial statements will be materially misstated and the Army will not achieve audit readiness by the congressionally mandated deadline of September 30, 2017.