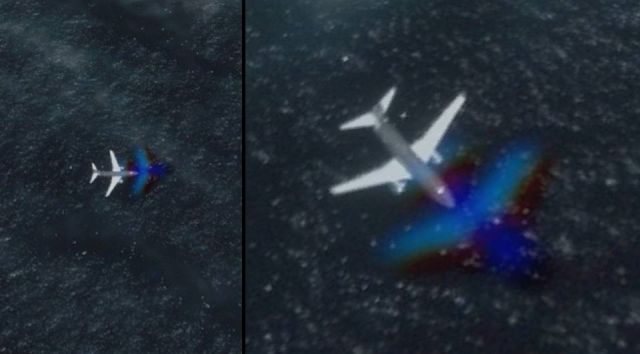 It is said that an alien structure has been discovered about 2,000 feet underwater in a particular area between the west coast of the US and Santa Catalina Island.

Not only is there an unusually large number of sightings, landings, and ocean-going UFOs here, there are also cases of abductions.

Normally, when somebody reports being abducted by aliens, they claim to have been taken inside a UFO. However, in this particular area, some abductees report that they have been taken to what is apparently an underground base.

A Google Earth image which has been taken on July, 9, 2016 apparently shows a craft without registration number, markings or colors of an airline company and it is flying above the ocean between the west coast of the US and Santa Catalina Island. 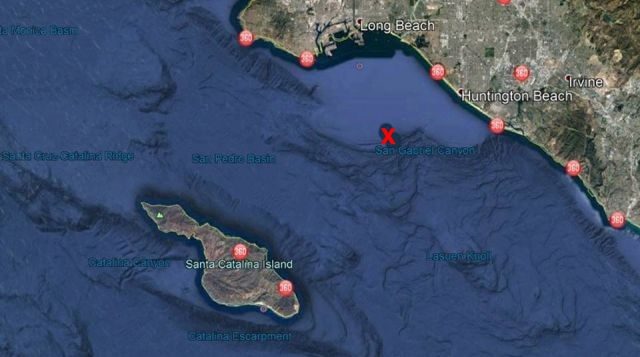 It seems as the craft with a length of about 32 meters and a wingspan of about 45 meters is scanning for something below the surface of the ocean, given the strange colorful glow in front of the craft. 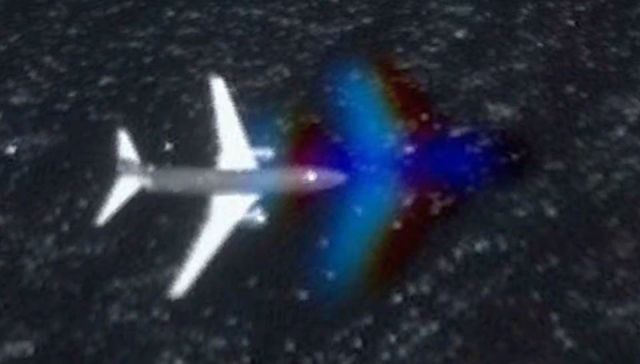 The question; is it an illegal plane, a military or U.S. government plane or drone carrying out a certain operation and it has something to do with the supposed underwater UFO base and UFO activity in that area?