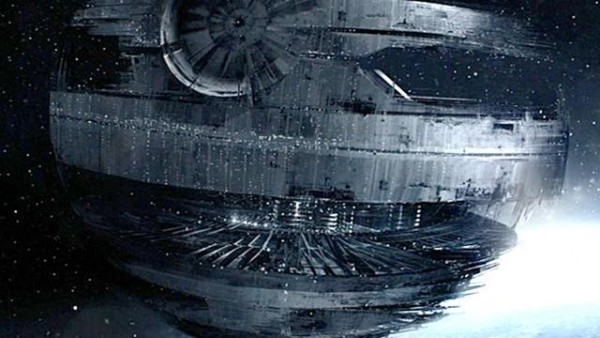 The Moon used to rotate at a faster rate in the distant past, and for some reason, its rotation slowed down and became tidally locked with Earth. There are traces of titanium, uranium 236, mica, and neptunium 237 on the Moon… these elements have not been found to occur naturally… What is going on?

Mankind has always been fascinated by Earths loyal satellite, the Moon. Believed to have been ‘formed’ around 4.5 billion years ago, Earth’s Moon is one of the largest ‘natural’ and most mysterious satellites in the solar system. Many details about the Moon have led numerous researchers and scientists to question its real purpose. Why is the Moon in synchronous rotation with Earth, always showing us the same face? And why is it so important for life on Earth?

In the 21st century, there are many UFOlogists around the world who speculate that the Moon is actually a giant base where extraterrestrials survey mankind’s progress. While this theory might sound absurd to many readers, there are quite a few details about the Moon which are simply put, inexplicable.

Robin Brett, a scientist from NASA stated, “It seems easier to explain the non-existence of the Moon than its existence.”

According to studies, if our Moon did not exist, life on Earth would have probably had a hard time surviving. For example, its gravitational influence produces ocean tides and body tides on Earth. Mysteriously, The Moon’s current orbital distance is about thirty times the diameter of Earth and is exceptionally large relative to Earth: a quarter its diameter and 1/81 its mass. Even more interesting is the fact that the Moon used to rotate at a faster rate, but early in its history, its rotation slowed and became tidally locked.

But if the Moon was ‘engineered’ as some suggest and is, in fact, an artificial ‘structure’ wouldn’t there be something on the Moon that could uncover its mystery? Well, if we look closer, there are a couple of very interesting things. According to studies, the Moon has a solid shell of around 20 miles made of highly resistant materials such as titanium, uranium 236, mica, neptunium 237. Definitely, elements that you would not expect to find “inside” the Moon.

In the 1970’s Mikhail Vasin and Alexander Shcerbakov from the Soviet Academy of science wrote an article called: “Is the Moon the creation of Alien Intelligence?

How is it possible that the surface of the Moon is so hard and why does it contain minerals like Titanium?

Mysteriously, there are some lunar rocks that have been found to contain PROCESSED METALS, such as Brass, Mica and the elements of Uranium 236 and Neptunium 237 that have NEVER been found to occur naturally. So how did they get there?

Uranium 236 is a radioactive nuclear waste which is found in spent nuclear and reprocessed Uranium. More interestingly, Neptunium 237 is a radioactive metallic element and a by-product of nuclear reactors and the production of Plutonium.

There are some lunar rocks that have been found to contain ten times more titanium than “titanium rich” rocks on planet Earth. Here on Earth, we use Titanium in supersonic jets, deep diving submarines and spacecraft. It’s unexplainable. Dr Harold Urey, Nobel Prize winner for Chemistry said he was “terribly puzzled by the rocks astronauts found on the Moon and their Titanium content. The samples were unimaginable and mind-blowing since researchers could not account for the presence of Titanium.

Even more fascinating is the incredible orbit of the Moon. It is the only known Moon in the solar system that has a stationary, nearly “perfect” circular orbit. It’s a fact that the Moon does not spin like a natural celestial body. In other words, our Moon does not share any characteristics with other Moons found in our Solar System. If it wasn’t strange enough, from any point on the surface of our planet, only one side of the Moon is visible.

What is the Moon hiding… and why have we stopped going to the Moon?