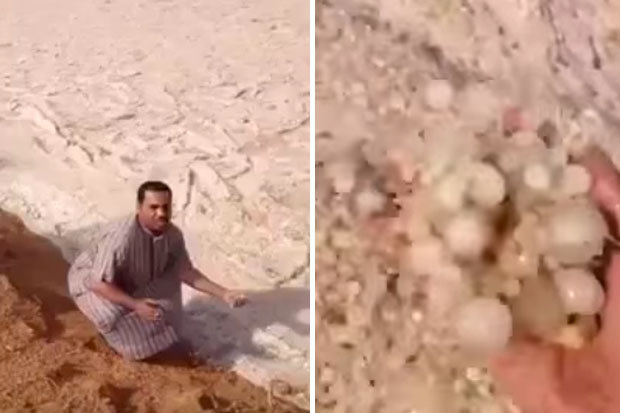 Frozen water and pebbles have been found flowing through through Saudi Arabia’s deserted Rub’ al Khali – or “Empty Quarter”.

Excited Saudis reach down and pick up ice balls from the fast-flowing stream in the video – which has gone viral.

The extremely rare – and eerie – natural phenomenon appears to go on for miles through the largely unexplored desert, which is 250,000sq miles in size.

Conspiracy theorists warn it is a sign of the end of the world. 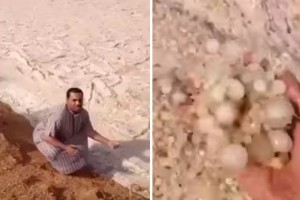 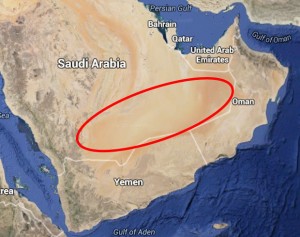 The mysterious water course – which is completely alien to one of the driest places on Earth – has been blamed on unusual weather patterns in the Middle East.

Rain – and even hail – fell in areas of the region that rarely see an precipitation for decades, triggering floods that killed dozens in Iraq and caused widespread damage in Egypt, Israel, Jordan and Saudi Arabia.

Flash floods have caused rivers to spring up in areas that have experience no rainfall whatsoever.

But the spellbinding footage has spooked conspiracy theorists.

They claim a prophecy predicted the “land of the Arabs” would turn to rivers and gardens – as in previous times – just before the end of the world.