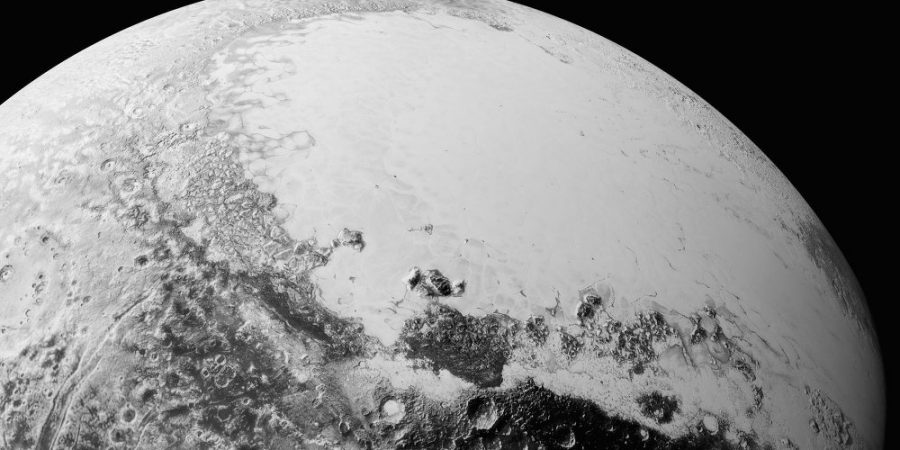 If Pluto’s temperatures of -240°C, frozen nitrogen surface, and 7.5-billion kilometer travel distance do not turn you off from taking your next vacation there, then NASA’s new video simulating a landing on the dwarf planet may be of interest to you.

To commemorate 11 years since the launch of its New Horizons spacecraft, NASA combined 100 images taken by the Pluto probe to demonstrate a descent to the surface of the dwarf planet.

Everyone’s favorite ex-planet, and its largest moon Charon, are tiny specks in the first photo, but each image zooms closer, ending with a photo of only 60 square miles of terrain, near enough to see fissures and rock formations on Pluto’s surface.

Over 100 photos were used to create the simulation, a remake of a black and white version released July 2016.

“To create a movie that makes viewers feel as if they’re diving into Pluto, mission scientists had to [add color and detail to] some of the panchromatic (black and white) frames based on what they know Pluto looks like, to make it as smooth and seamless as possible.”

“Low-resolution color from the Ralph color camera aboard New Horizons was then draped over the frames to give the best available, actual color simulation of what it would look like to descend from high altitude to Pluto’s surface.”

New Horizons was launched in 2006, taking photos of Jupiter and its moons en route to Pluto. The 2015 photos of Pluto and Charon traveled the billions of kilometers back to Earth, significantly more detailed than photos taken by the orbital Hubble Telescope in 1996.

But New Horizons’ mission is not done. It is now traveling toward the Kuiper Belt, the asteroid-rich region beyond the planets, where it will take photos of 2014 MU69, a minor planet too faint to image in detail using existing telescopes. New Horizons will arrive at MU69 in 2019.