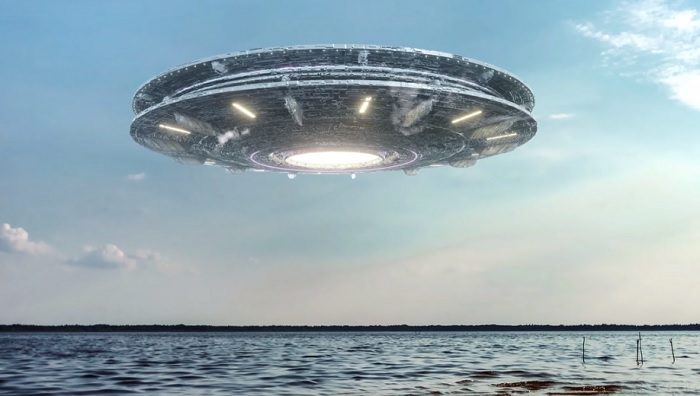 “Nelson said that “I’ve talked to those pilots, and they know they saw something, and their radars locked onto it…”

by Jerry Dunleavy
via Yahoo News

The leader of NASA hinted at the possibility that some UFOs might be extraterrestrial life forms or beings from an alternate universe this week.

Bill Nelson, who has served as President Joe Biden’s NASA administrator since May, said Tuesday he didn’t know for sure what some of the unidentified aerial phenomena seen by Navy pilots are. He said, however, that “we hope it’s not an adversary here on Earth that has that kind of technology,” bringing up the topic of the search for alien life and the mystery of UFOs unprompted after a back-and-forth about what would happen if a massive asteroid hit the Earth.

“Before we leave, I haven’t even talked about the search for extraterrestrial life. What do you think we’re doing on Mars? We’re looking for life. This is a part of NASA’s mission. That’s what this telescope is gonna be looking for. Are there other planets elsewhere that there is life?” Nelson said near the end of a wide-ranging hourlong discussion with Larry Sabato of the University of Virginia’s Center for Politics. “I know what you’ve seen is what those Navy pilots saw in 2004, and there have been some 300 sightings since then.”

Nelson said that “I’ve talked to those pilots, and they know they saw something, and their radars locked onto it, and then all of a sudden it was here,” as he looked down, “on the surface and then it’s there,” as he pointed up.

Sabato tried to milk a definitive stance from the NASA administrator, pointing to a May episode of 60 Minutes on UFOs and commenting that there was speculation about whether the sightings were caused by China, the Russians, or “extraterrestrial intelligent beings.”

“What is your theory?” he asked Nelson. “You’ve heard a lot of options. Which one do you think is the most credible, if you could choose?”

“I don’t know the answer to that,” Nelson said. “But I do know this, that my personal opinion is that the universe is so big, and now, there are even theories that there might be other universes, and if that’s the case, who am I to say that planet Earth is the only location of a life form that is civilized and organized like ours?” The NASA leader added, “Are there are other planet earths out there? I certainly think so, because the universe is so big.”

Back in June, a long-anticipated but very brief assessment by the Office of the Director of National Intelligence discussed 144 reports of UFOs originating from U.S. government sources between 2004 and 2021. Eighty were observed with multiple different sensors, and most reports described the UFOs as objects that interrupted preplanned military training or other military operations. The ODNI report said “a handful” of the UFOs “appear to demonstrate advanced technology” and “in 18 incidents, described in 21 reports, observers reported unusual UAP movement patterns or flight characteristics.”

The intelligence community warned that “some UAP may be technologies deployed by China, Russia, another nation, or a non-governmental entity.” ODNI said that UFOs “would also represent a national security challenge if they are foreign adversary collection platforms or provide evidence a potential adversary has developed either a breakthrough or disruptive technology.” The possibility of UFOs being of extraterrestrial origin was not discussed.

Navy pilots such as Cmdr. Dave Fravor, Lt. Cmdr. Alex Dietrich, and former Lt. Ryan Graves, along with the former head of the U.S. government’s Advanced Aerospace Threat Identification Program, Luis Elizondo, and a former deputy assistant secretary of defense for intelligence, Christopher Mellon, all weighed in during the May episode of 60 Minutes to say that UFOs are real, though what, exactly, they are remains a mystery.

Last year, videos from the Navy were released through the Freedom of Information Act that showed UFOs moving at incredible speeds and performing impressive aerial maneuvers. One of the videos was shot in November 2004, featuring the so-called Nimitz encounter, while the other two, during which Navy pilots could be heard expressing disbelief, were shot in January 2015. All three UFO videos were captured by Navy F/A-18 Super Hornets, and the Pentagon has been working to confirm the authenticity of a number of other UFO videos.

John Brennan, who served as director of the Central Intelligence Agency under former President Barack Obama, alluded to the existence of UFOs on a podcast in December, saying that “some of the phenomena we’re going to be seeing continues to be unexplained and might, in fact, be some type of phenomenon that is the result of something that we don’t yet understand.” Former Director of National Intelligence John Ratcliffe also said in a June interview that UFOs exist, adding they appear to display technology the United States does not possess and lacks the ability to defend against.