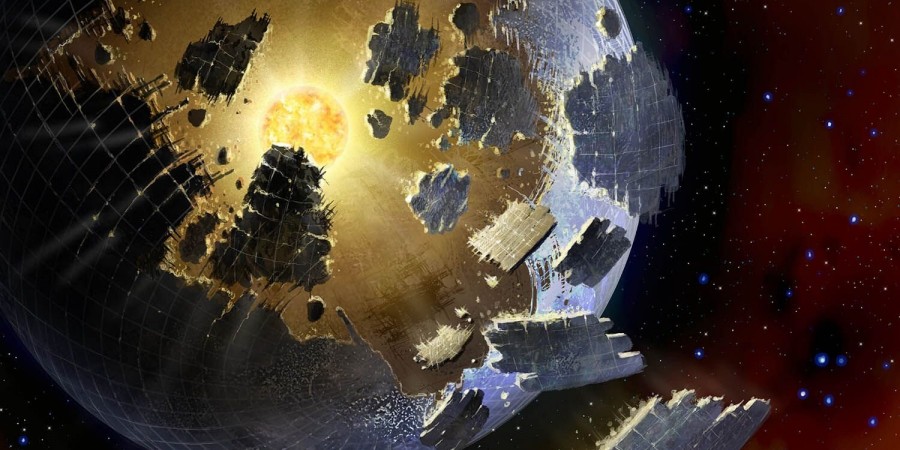 Last year, scientists spotted something strange going on around a distant star. Now it turns out it’s been happening for decades, or even centuries, making it even harder to explain.

There is a star, unimpressively named KIC 8462852, that sits 1,400 light-years away and seems to be relatively similar to our own sun. But whatever circles that star is so weird and unprecedented that respected scientists concede far-fetched explanations like “alien megastructures” cannot be completely ruled out. A new analysis of observations of the star dating back to the 19th century shows that the weirdness around it has been happening for decades, if not centuries, and could rule out the leading natural explanation.

To date, the most likely scenario seemed to be that a swarm of giant comets might be passing in front of the star, but one veteran astronomer now says the star has also been growing consistently dimmer since at least 1890. That’s a completely new level of weirdness that’s tough to pin on just comets, especially when combined with the more recent strangeness that first brought the star to our attention.

Bradley E. Schaefer, a professor of astronomy and astrophysics at Louisiana State University, went to Cambridge, Massachusetts, to examine Harvard University’s archival photographic plates that include about half a million photographs of the sky on glass plates taken between 1890 and 1989. He found that the light observed from KIC 8462852 consistently and significantly faded over the course of almost a complete century of observations.

“The KIC 8462852 light curve from 1890 to 1989 shows a highly significant secular trend in fading over 100 years, with this being completely unprecedented for any F-type main sequence star,” reads a paper by
Schaefer that’s been submitted to Astrophysical Journal Letters and is available in its pre-peer review draft form here. “Such stars should be very stable in brightness, with evolution making for changes only on time scales of many millions of years.” 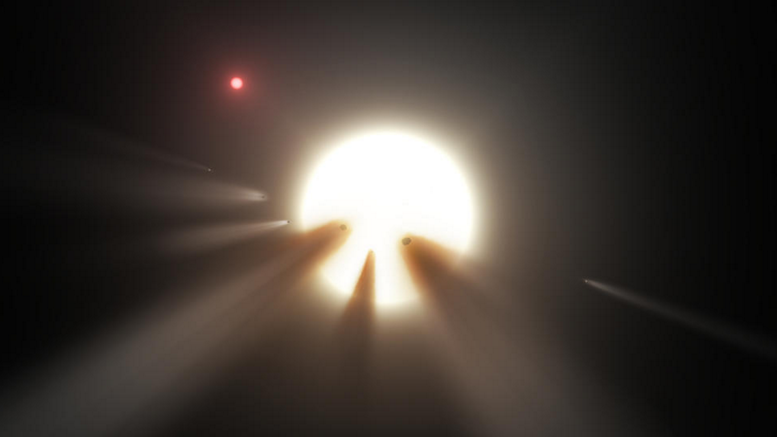 Are there huge comets blocking the light from a distant star? Or something more unusual?
NASA/JPL-Caltech

KIC 8462852 first came to our attention last year, several months after it had first been flagged by volunteer citizen scientists who use the online platform Planet Hunters to eyeball light curve data for distant stars spotted by the Kepler Space Telescope.

Tabetha Boyajian, a Yale postdoc who is also on the Planet Hunters science team, spearheaded a group that published a paper detailing the oddly significant and irregular dips in light observed from the star, which would fade by as much as 20 percent for as long as a whole day.

Boyajian’s paper didn’t mention alien megastructures, instead suggesting that something natural, like swarms of large comets, might be passing in front of the star and blocking its light. But she also shared the team’s data and analysis with other scientists like Penn State’s Jason Wright, an authority on the search for extraterrestrial intelligence (SETI) and hypothetical alien megastructures like the Dyson Sphere or Dyson Swarm.

The SETI Institute and other scientific organizations trained their telescopes on the star in the months that followed, but so far have failed to find any evidence of alien signals coming from the system.

EDITOR’S NOTE: Who really believes they would tell us if they did find alien signals coming from the star?