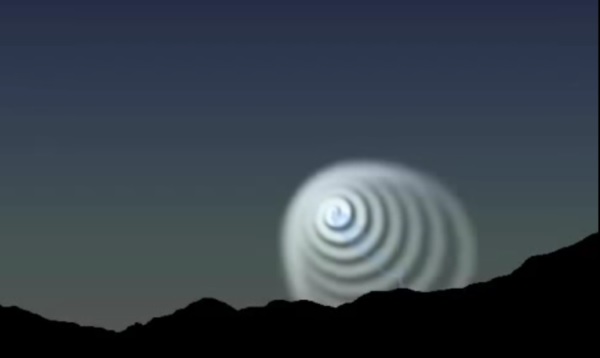 During the early hours of 9 December 2009, Scandinavians from both Norway and selected areas of Sweden were treated to a magnificent display that has had people buzzing from nations beyond Scandinavia. This entire light show can be seen in the above clip, courtesy of YouTube:
What on Earth can cause this mystery spiral? For a tad over half a dozen years now, that is a question that many have asked but few have answered. For some people, there is nothing on Earth that is remotely capable of doing this. The techniques and technology required to perform such an intriguing and beautiful display is far beyond anything that the human race is currently capable of.

Most other people, including many officials that have scrutinized this footage ever since it’s appearance, firmly believe that the human race is capable of pulling this off – albeit unintentionally. At first Russia denied being involved or chose not to respond to calls about the Bulava ICBM test-firing but anonymous admissions from within the Soviet Military are said to have accepted responsibility. The missile-program is known to have problems to iron out and rumors were rife that test launches were scheduled at the time of the sighting. Unofficial accounts insist that six of the thirteen known tests had failed or did not go according to plan. It is interesting to note that prior to the anomaly being seen, a no fly message was issued using NavTex for both aerial and shipping traffic to avoid the area.

There are yet more people who believe that this was neither a missile test launch or a new attempt at extra-terrestrial superiority. They contend that this was some firm of natural occurring event that, while rare, happened at the right time in the right place to be captured on video. Even a natural explanation is subject to a more personal opinion. A few have proposed that this was an Aurora, but nobody has ever known an aurora to take on such a bizarre looking spectacle as this. Another naturally occurring. astronomical event that has been largely dismissed is something called a Birkeland Current. This is a magnetic field that is aligned in the magnetosphere and flowing towards the Earth on the dawn side. When seen, the filaments of this are usually described as ‘rope-like’ and lead to the creation of the Aurora Borealis. Tromso Air Traffic Control officials have been quoted as dismissing any astronomical event as the cause because ‘the light show lasted for too long’.

Another suggestion to the cause of this anomaly is a mere projection onto the sky. While certain musicians have been known to do such things at a concert venue or during a show being performed, nothing has come close to duplicating the apparent size of this display. While a possibility, it does seem unlikely that a deliberate act would have been created for the sole purposes of doing so on the off-chance that someone, somewhere, would just happen to film it or even notice it. There would have surely been some advertising before the fact.

Regardless of the cause of this phenomenon, just to watch it on video is a majestic enough spectacle on its own. To see this sight live must have been really awe-inspiring, if a little disconcerting at the same time. Based on the assumption that there was intent behind the creation of this thing, then who could do it and why? Those that genuinely believe that this was the work of an advanced civilization then what was the message they were trying to convey?