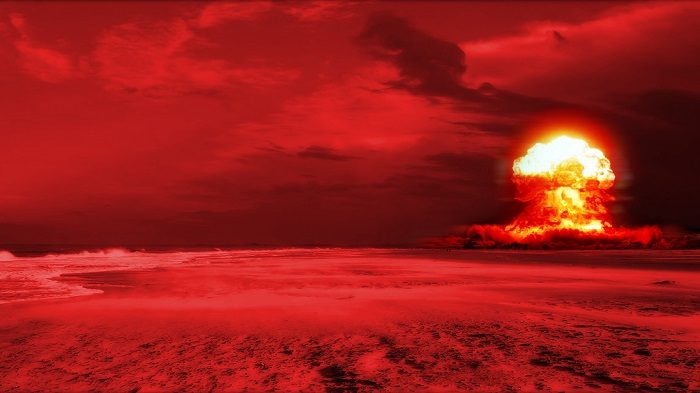 What Caused Thermonuclear Radiation on Mars 180 Million Years Ago?

Was Mars once a home to a flourishing and advanced species who met a devastating end?

Physicist Dr John Brandenburg says there is evidence for two nuclear explosions on Mars These apparently wiped out two races – the Cydonians and Utopians.

What changed Mars?
– Interview with John E. Brandenburg, Ph. D., author of “Death on Mars – The Discovery of a Planetary Nuclear Massacre”
– Consultant at Kepler Aerospace LLC
– Lates Mars Society paper – “Evidence of large R-process events on Mars in the past”
– only two known r-process events: supernova or thermonuclear explosion
– hypothesis there were 2 nuclear explosions on Mars
– Mars meteorite EETA79001 found in Antarctica shows evidence of event that occurred 180 million years ago
– “Mars suffered a nuclear holocaust… billions of megatons”
– “more evidence that Mars’ surface was bombarded”
– “argon 40 is super abundant on Mars surface… was heavily bombarded with neutrons”
– “I reported it to the DIA…they wanted this to come out”
– MASINT – measurement and Signature Intelligence
– “there was a kingdom on Mars…like the Mayans..some other alien group came and decided to destroy them”