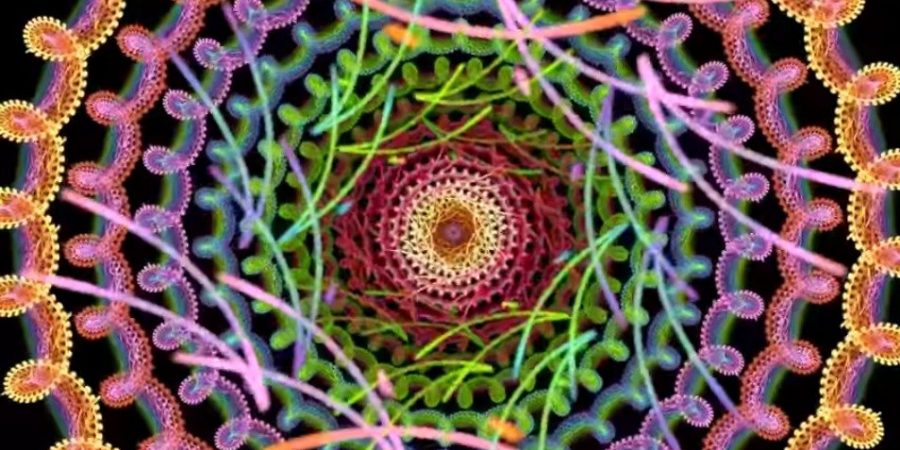 What Do the Blind ‘See’ When They Take LSD?

The consciousness-altering drug LSD is best known for its bizarre visual effects: even a small dose of the drug can turn the flat walls of your living room into something out of Wonderland. Objects bend, colors blend and intricate patterns cast a shimmer on everything you see. But what would LSD feel like if you couldn’t see?

In an unusual case report published in the April issue of the journal Cognition and Consciousness, a blind 70-year-old former rock musician has some answers.

The man, who is referred to as “Mr. Blue Pentagon” after his favorite kind of LSD, gave researchers a detailed account of what he experienced when taking the drug during his music career in the 1970s. Mr. Pentagon was born blind. He did not perceive vision, with or without LSD. Instead, under the influence of psychedelics, he had strong auditory and tactile hallucinations, including an overlap of the two in a form of synesthesia, according to the report.

“I never had any visual images come to me. I can’t see or imagine what light or dark might look like,” Mr. Blue Pentagon told the researchers. But under the influence of LSD (lysergic acid diethylamide, also known as acid), sounds felt unique and listening to music felt like being immersed in a waterfall, he said. “The music of Bach’s third Brandenburg concerto brought on the waterfall effect. I could hear violins playing in my soul and found myself having a one hour long monologue using different tones of voices … LSD gave everything ‘height.’ The sounds coming from songs I would normally listen to became three dimensional, deep and delayed.”

Mr. Blue Pentagon’s account is a rare glimpse into how LSD may feel in the absence of vision. Beyond a few Q&A threads on Reddit, the only other resource is a 1963 study of 24 blind people, which was actually conducted by an ophthalmologist to test whether a functioning retina (the part of the eye that senses light) is enough for visual hallucinations (it’s not), and didn’t include the participants’ psychological experiences beyond vision.

Understanding Mr. Blue Pentagon’s experience with the drugmay give unique insights about how novel synesthetic experiences through multiple senses are concocted by the brain — especially a brain that is wired differently due to lack of vision, according to the researchers from the University of Bath in the U.K. who published the report. Synesthesia is a rare condition in which one sense is perceived in the form of another; for example, a person may “hear” colors or “taste” sounds. This overlap of senses may ocurr because of cross communication between brain networks processing each sense, scientists have proposed.

As numerous anecdotal reports suggest and a few studies have documented, LSD causes auditory-visual synesthesia, an experience in which sounds and sights influence each other. Mr. Blue Pentagon appeared to experience a similar phenomenon, but rather than mixing sound and sight, it involved the senses that were available to him: sound and touch, the researchers suggested.

Still, there’s only so much to be gleaned from a qualitative report based on a single person.

“It is next to impossible to gain ‘general’ insights from individual narratives,” said Ilsa Jerome, a clinical researcher for the Multidisciplinary Association for Psychedelic Studies (MAPS) who was not involved with the report.

Jerome, who is visually impaired herself, said she is unconvinced that having a visual impairment provides any special insight on how LSD alters sensory processes. “But it might provide greater motivation or interest in the sensory impact of psychedelic compounds,” she told Live Science.

The brain in blindness

The details of what exactly LSD does in the brain are still unclear, but research suggests that the drug’s psychedelic effects occur because LSD alters neuronal communication in the brain. Specifically, LSD latches onto receptors for serotonin, one of the neurotranmitters neurons use to communicate. The visual hallucinations are likely a result of LSD stimulating these receptors in the visual cortex, the part of the brain that processes light, color and other visual information.

The first study to look at the brain effects of LSD using modern technology was published recently, in 2016, in the journal Proceedings of the National Academy of Sciences. In that study, when people took LSD, the researchers observed that the visual cortex was unusually activeand showed greater synchronous activity with many areas of the brain. This connectivity was correlated with the complex visual hallucinations reported by the participants.

The visual cortex develops into a fully functioning system during early life in response to sensory information from the eyes. But in the absence of early visual experience, which is the case for people born blind, the visual cortex doesn’t develop normally. Instead, it rewires to process sound and touch.

This could explain the nature of Mr. Blue Pentagon’s experience with LSD.

“I expect that the cortical ‘real estate’ that would have housed vision does not do so in Mr. Pentagon’s case,” Jerome said. “So LSD may be doing the same thing with that area of cortex, but since that area is, for him, connected with other senses, those experiences — such as sound, touch or sense of self in space — are altered.”

Visual or other sensory hallucinations are only one part of LSD’s effects. The compound can cause profound changes in emotions and consciousness, all of which are reported by both blind and sighted people. The few studies that exist on the subject suggest LSD may be doing this by lowering the barriers between brain networks, allowing them to communicate in a more flexible way.