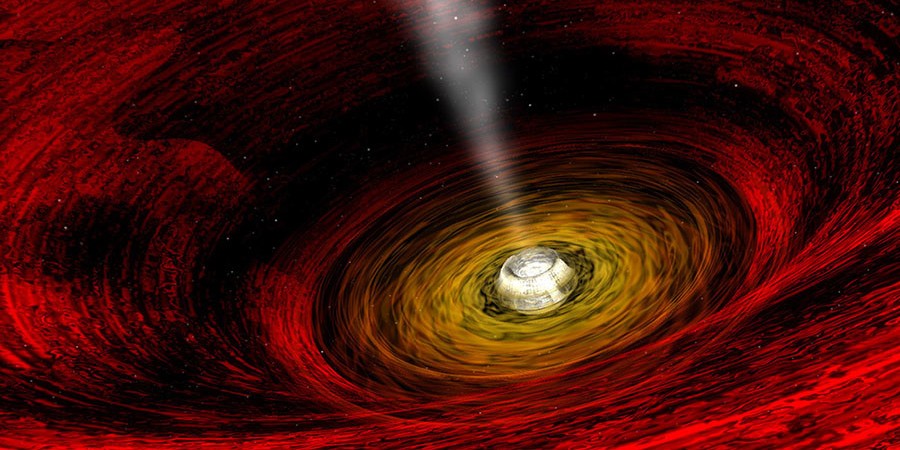 What If A Black Hole Swallowed Earth: Three Possible Scenarios Described by Scientist

Black holes are shrouded in mystery despite scientists’ attention, but a British academic has now outlined three ways we could perish if one ever swallowed Earth – and they’ll make you want to keep on the good side of the supermassive galactic phenomena.
None of the three scenarios is particularly pretty, though one of them at least has an interesting title.

Although the name is imaginative and perhaps even fun to say, make no mistake – the process would be anything but fun. In fact, it would involve being stretched out like spaghetti, in a procedure that seems painful and terrifying.

“In brief, if you stray too close to a black hole, then you will stretch out, just like spaghetti. This effect is caused due to a gravitation gradient across your body,” Kevin Pimbblet, a senior lecturer in physics at the University of Hull, wrote in an article for The Conversation.

He went on to explain that the two sides of a human – the feet and arms – would be pulled in different directions, lengthening the body and thinning out the middle.

“Hence, your body or any other object, such as Earth, will start to resemble spaghetti long before it hits the center of the black hole,” – Pimbblet wrote.

But don’t worry, there’s a chance you’d be fried by radiation before being “spaghettified.”

Radiation is generated when a black hole feasts on new material.

“This is a problem for anything orbiting (or near) a black hole, as it is very hot indeed. Long before we would be spaghettified, the sheer power of this radiation would fry us,” – Pimbblet wrote.

But if turning into a piece of spaghetti and being fried by radiation sound completely unappealing, there is potentially a third option – the world could be transformed into a hologram, and humans probably wouldn’t even realize it.

According to Pimbblet, if a black hole appeared next to Earth, the same effects that produced spaghettification would start to take effect and “the doom of the entire planet would be at hand.”

But there’s potentially light at the end of the black hole. We might not even notice if Earth was swallowed, because everything would appear as it once was – at least for a short period of time.

“In this case, it could be some time before disaster struck,” the physics professor wrote.

The theory states that everything touching a black hole is not destroyed, but rather becomes an imperfect copy of itself, existing exactly as it did before.

In short, it means that black holes are seen not as killers, but as “benign copy machines,” OSU said at the time.

While that option clearly seems most appealing, no one can predict what may or may not happen in the future. In the meantime, enjoy life on Earth and try not to upset the galactic bullies lurking in the depths of the universe.