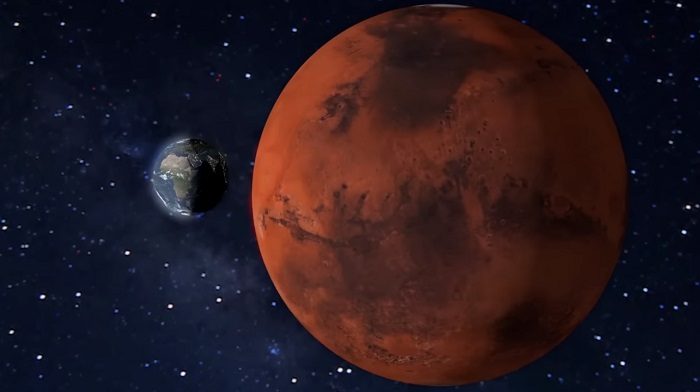 What If Mars Hit Earth?

We all know how planets in the solar system all revolve around the Sun, and they have been doing so – and they will keep doing so – for a long time.

When ancient astronomers first began to understand the motion of planets as seen from Earth, they started believing in some kind of harmony, some kind of perfect balanced dance among the planets, known as the “Harmony of the spheres”.

For example, Copernicus thought the planets move in circular orbits around the Sun.

But belief in the harmony of the spheres assumed a decisive role in the cosmology of Johannes Kepler. Kepler goes beyond Copernicus’ static model of circular spheres to hypothesize a dynamic one. He transforms into ellipses the orbits traversed by the planets at variable speeds. He attributes to each planet not a single sound, but an interval in which the lowest note corresponds to minimum velocity, the highest to the maximum.

This perfect equilibrium, this harmony of the spheres seems immutable. If you could leave the Solar System and come back in 1 million years or so, you would not expect it to have changed a lot. So it’s very unlikely something catastrophic happens, but what if it did? What if, for example, Mars hits the Earth?

Discover what could happen and how, and understand the dangers of such an event.

Also, consider how we can protect the planet from such devastation.