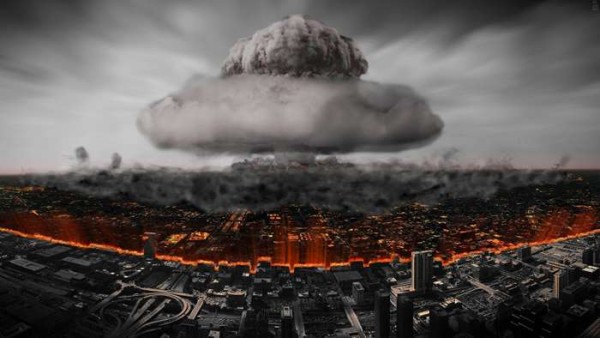 Our world has been through a lot over the centuries but the current increasing tension buildup between the world superpowers could lead to the nuclear war.

Russia’s aggression in Europe — its invasion of Ukraine, its military flights up the noses of NATO states, its nuclear saber rattling — has faded from the news. But it’s still very much a threat, which is why the US is planning to quadruple its military spending in Europe, something NATO’s European members have welcomed, to deter Russia.

In other words, the dynamics that brought Cold War–style military tension to Europe in 2015 are still with us. And that tension can be dangerous.

A survey of 100 policy experts yielded an aggregate assessment of 11 percent odds of war and 18 percent odds that such a war would include nuclear weapons.

In late January, scholars with the Zurich-based Center for Security Studies produced a map, as part of a longer report that you can read here, that helps show why this is still a real issue: 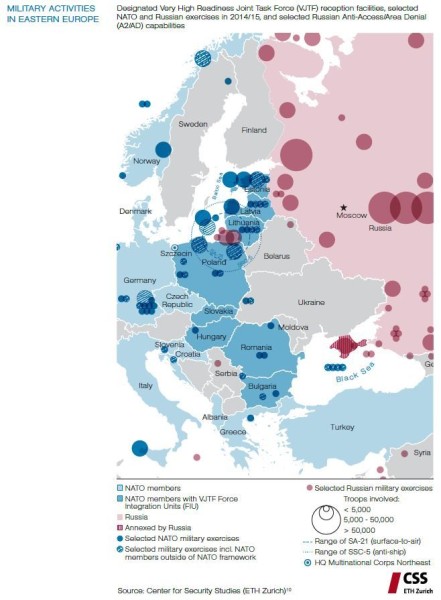 Russia worries that in the case of any conflict small or large, Europe and the US would exploit it as an excuse to seize and pacify Kaliningrad. (If that sounds crazy to you, it doesn’t to Russian leaders, who after all just seized and annexed part of a foreign country, and who earnestly believe the US is bent on Russia’s destruction.) So it has built up Kaliningrad’s defenses.

But Kaliningrad is completely isolated from the rest of Russia; it’s surrounded by NATO states. And after Ukraine, NATO began putting a lot more troops and tanks in those NATO states. This was meant to defend the Baltics from a possible Ukraine-style provocation, but it also ended up cutting off Kaliningrad even more. There’s other stuff happening as well — for example, the Baltics are moving onto a separate power grid, which could make Kaliningrad more reliant on Europe to power itself.

Russia clearly feels it needs a plan to defend Kaliningrad in the case of a conflict. So it’s done two things, which are likely meant as defensive but also have offensive capability — hence their destabilizing danger.

First, Russia has installed a kind of weapon that it’s been very good lately at developing: area-denial weapons, such as anti-air missiles, that give Russia the ability to shut down an entire region and prevent NATO from moving in. These are indicated on the map with blue-line circles around Kaliningrad.

Second, Russia has conducted exercises near the Baltics that look at least potentially like they’re designed to, if necessary, open a ground corridor from mainland Russia to Kaliningrad. This includes, for example, Russian military flights across or into Baltic airspace, which appear meant to test NATO response times.

The idea would be to prevent NATO from overrunning or isolating Kaliningrad by opening basically a giant military highway to it. But that would mean cutting through the Baltic states that separate them. In other words, it would mean invading them.

The dynamic here is that even if Russia’s agenda here is purely a worst-case-scenario defensive plan to protect Kaliningrad, it also looks exactly like a plan to invade and seize the Baltic states. As NATO sees Russia building up around the Baltics, it is doing the same.

The Baltic states are physically isolated from the rest of Europe. Baltic militaries are veryweak compared with Russia’s much larger force. And Baltic leaders are convinced, not without reason, that Moscow has designs to launch some sort of Ukraine-style hybrid quasi-war against them — not an all-out invasion, but some sort of potentially violent meddling.

This is why the US has been conducting military exercises in the Baltics and part of why it is quadrupling military investment in Europe: to build up the Baltics as a deterrent against Russia. But the effect of this buildup is to further isolate Kaliningrad, potentially increasing Moscow’s paranoia and helping to motivate its own buildup, and so on.