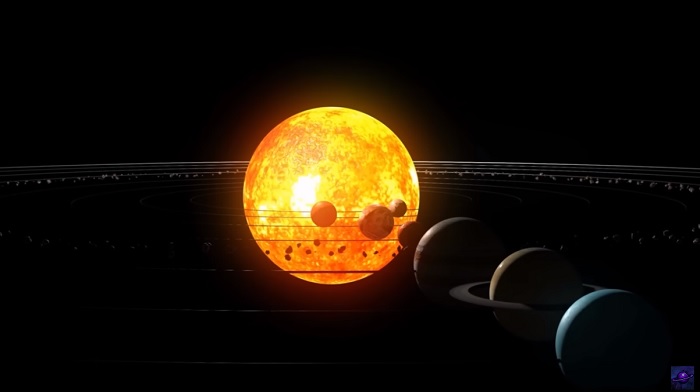 In 1609, famous astronomer Johannes Kepler published the first two of his three laws of planetary motion, which held that planets move around the sun in ellipses, not circles (as had been widely believed up to that time).

He also stated that planets speed up as they approach the sun and slow down as they move away.

Then, in 1619, he produced his third law, which used mathematic principles to relate the time a planet takes to orbit the sun to the average distance of the planet from the sun.

We know that Kepler was right. Planets in the solar system follow elliptical orbits, where the Sun occupies one of the two foci.

Kepler’s research was slow to gain widespread traction during his lifetime, but it later served as a key influence on the English mathematician Sir Isaac Newton and his law of gravitational force.

But how are the planets distributed in space? And how elliptical are their orbits?

And what would happen if all the planets suddenly aligned?