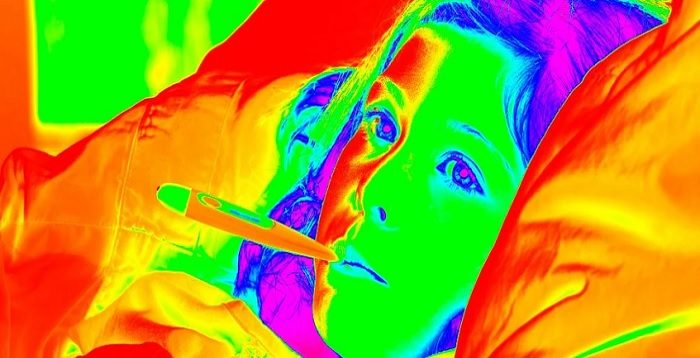 What’s Behind Strange Drop in American Body Temperatures over the Past 200 Years?

The human body is often said to rest at a healthy internal temperature of 37 degrees Celsius, or 98.6 degrees Fahrenheit.

This average was established two centuries ago in France, and yet in the meantime, it seems our ‘normal’ physiology has changed ever so slightly.

Early last year, researchers in the United States combed Civil War veteran records and national health surveys and found temperatures among men born at the turn of this century were 0.59 degrees Celsius cooler than those men born around two hundred years earlier.

Later in 2020, another group of researchers found an eerily similar reduction in body temperature among a relatively remote indigenous tribe in Bolivia, where infections have remained widespread and medical care minimal, despite some modern changes.

The reasons for the recent decline in body temperature clearly had to go beyond improved hygiene, cleaner water, or improved medical care, and some researchers at Harvard are now investigating another explanation: a decline in physical activity.

When a person exercises regularly, it often coincides with an increase in their metabolism. This, in turn, can raise their body’s resting temperature for hours or even up to a day, which means falling body temperature measurements might indicate falling physical activity.

Unfortunately, the methods we have for measuring physical activity today weren’t around 200 years ago, so we can’t really compare how we move now to how we moved then.

What could be possible, however, is to use historical body temperature data as a “thermometer” to gauge physical activity before we started keeping track of these things.

If we can model the relationships between physical activity, metabolism, and body temperature we could theoretically work backward.

The idea started as a “back-of-the-envelope” calculation among Harvard researchers, and while their “first pass estimate” is a good start, it’s still based on a bunch of assumptions. That said, it is an intriguing hypothesis.

The model the researchers ultimately created found every 1°C increase in historical body temperature is linked to an approximate 10 percent change in resting metabolic rate.

Given how much male body temperatures seem to have decreased since the 1820s, their metabolic rate must have therefore declined by 6 percent in the same time.

That’s equivalent to about half an hour of physical activity a day, according to the authors’ calculations. More precisely, a 27-minute fast walk or slow run for a 75-kilogram (165-pound) male.

“This is a first pass estimate of taking physiological data and trying to quantify declines in activity,” explains skeletal biologist Andrew Yegian from Harvard University.

“The next step would be to try to apply this as a tool to other populations.”

The rate at which a population metabolizes calories can be pinned down to more than just physical activity, although it is undoubtedly true the average American today exercises less than they did 50 years ago, thanks to automobiles, televisions, and the dawn of the desk job.

It’s just less clear what that’s doing to our metabolisms and the temperature of our bodies. And it might not be the same for men and women.

“Fat also acts as an insulator, affecting heat dissipation from the body, while also increasing the cost of PA, and our estimation methods did not correct for changes in fat mass over time,” the authors write.

A reduced need to thermoregulate in modern environments could also be impacting our metabolic rates, as could improved health and nutrition.

The authors admit their calculations need further refinement, but they hope their approximation will serve “as an anchor for understanding how the decline in physical activity affected health and morbidity during the industrial era.”

The study was published in Current Biology.