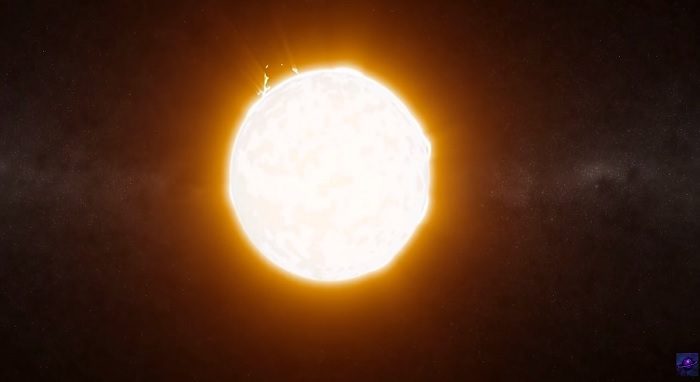 Who Is Dumping Radioactive Waste Into Przybylski’s Star?

The discovery of its extraordinary characteristics is due to Antoni Przybylski, an astronomer born in Poland in 1913 and then moved to Australia in 1950, where he died in 1985 after a thirty-year scientific career full of satisfactions.

It all began on the night of April 26, 1960, when Przybylski, in the course of a spectroscopic survey of stars with large proper motions, detected the spectrum of the eighth magnitude star HD 101065, about 400 light years away in the direction of Centaurus.

Przybylski immediately realized that the spectrum of the star did not correspond to the general framework of stellar classification. In other words, the light of that star revealed the presence of elements much heavier than iron, such as holmium, strontium, niobium, cesium, yttrium, scandium, and many others, all belonging to the group of so-called “rare earths”. Elements that a “normal” star should not show in its spectrum, since the heaviest element that could be able to synthesize should be iron… No scenario explained the existence of a young star rich in rare earths. And Przybylski’s Star was surely not highly evolved: all evidence suggested that it was an ordinary hydrogen-fusing star like the Sun.