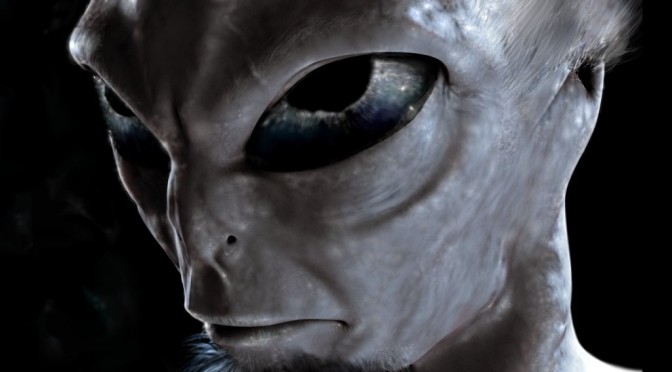 There’s a set of laws in effect which control trillions of body processes which keep us alive. God established those laws and keeps them in effect. However, leaving natural forces/laws to themselves isn’t enough as we would die all too soon.

Take God out of the picture and we would all be dead instantly.

Cosmic Forces, solar forces, planetary forces & all laws of physics, science and astronomy are all designed to keep you and I alive! See my Goldilocks series on this website to see that earth is the only habitable planet in the whole universe – and it’s hanging on by it’s hind toenail.

Let me see now… some UFO evidence is irrefutable & they are far advanced above us and yet we’re still here!

Aliens/UFO’s have shut down Intercontinental Ballistic Missile sites, shut down all instruments in fighter jets when being pursued, appear/disappear at will, change form or shape at will, take hostages at will, outmaneuver any known aircraft, render humans powerless, etc.

Technically, they could defeat/destroy/capture all humans at will and take over the whole earth.

However, none of this is any concern to true Christians because they trust and believe God and His Written Word. Here’s why:

Whether men have or haven’t learned how this universe really operates, it’s all revealed in the Bible, where it infers that earth is the center and all heavenly bodies operate around it. Many top scholars have discovered tiny amounts of information about how this universe really works versus how it’s erroneously presumed to work. Science books must be updated/vastly changed frequently, to maintain at least temporary accuracy. The findings of top astronomers and physicists have changed so much that most of their books should be rewritten.

For example, outer space is far more complicated than previously assumed in that our sun has a binary twin which travels at differing speeds due to some of the previously unknown forces and it has a direct effect on all the planets, wrestling control from our sun although it’s much smaller in volume, yet has great mass. Also, electric current has been found to flow in both directions simultaneously, and dark energy is predominating in the universe. These examples merely scratch the surface of new discoveries.

Until that happens, God isn’t going to let any creature, no matter how temporarily high or powerful, interfere with His Eternal Purpose. That’s why aliens with superior technology can’t take over and will eventually be destroyed. That’s also why they’re trying to breed hybrids to be included in God’s future plans – but it won’t work.

While most Christians aren’t even aware of their own position in the overall scheme of events, because they haven’t studied the Bible that deeply, let’s just say we’re at the Top, the Very Top, which is why God’s Written Word calls us Members of the Body of Christ Jesus as follows:

Ephesians 5:30-32 For we are members of his body, of his flesh, and of his bones. (31) For this cause shall a man leave his father and mother, and shall be joined unto his wife, and they two shall be one flesh. (32) This is a great mystery: but I speak concerning Christ and the church.

Ephesians 1:3-4 Blessed be the God and Father of our Lord Jesus Christ, who hath blessed us with all spiritual blessings in heavenly places in Christ: (4) According as he hath chosen us in him before the foundation of the world, that we should be holy and without blame before him in love:

Ephesians 1:17-23 That the God of our Lord Jesus Christ, the Father of glory, may give unto you the spirit of wisdom and revelation in the knowledge of him: (18) The eyes of your understanding being enlightened; that ye may know what is the hope of his calling, and what the riches of the glory of his inheritance in the saints, (19) And what is the exceeding greatness of his power to us-ward who believe, according to the working of his mighty power, (20) Which he wrought in Christ, when he raised him from the dead, and set him at his own right hand in the heavenly places, (21) Far above all principality, and power, and might, and dominion, and every name that is named, not only in this world, but also in that which is to come: (22) And hath put all things under his feet, and gave him to be the head over all things to the church, (23) Which is his body, the fulness of him that filleth all in all.

Ephesians 2:6 And hath raised us up together, and made us sit together in heavenly places in Christ Jesus:

Ephesians 4:13 Till we all come in the unity of the faith, and of the knowledge of the Son of God, unto a perfect man, unto the measure of the stature of the fulness of Christ:

Colossians 3:1-4 If ye then be risen with Christ, seek those things which are above, where Christ sitteth on the right hand of God. (2) Set your affection on things above, not on things on the earth. (3) For ye are dead, and your life is hid with Christ in God. (4) When Christ, who is our life, shall appear, then shall ye also appear with him in glory.

How would it feel to be members of God’s Royal Family? The creatures temporarily above us now know that we are destined to be far above them later and they also know that our individual spirits are already seated in authority over this entire universe! To harm us would be tantamount to harming God Himself and they don’t care to do that unless we grant them permission.

The Lake of Fire is composed of the same Fire God issues forth to empower this universe and us and it burns anything that’s evil.

John Todd, member of the Council of 13 in the Illuminati, became a Christian and testified that a very powerful, evil spirit was sent to a home to do mischief. It first appeared in the presence of several witches, to include John, in a room which it lit up like the sun before it went on its mission. However, it was fighting mad when it returned and told the men who sent it to never send it to a Christian Lady’s home ever again!

Looks like somebody got burned pretty badly and learned their lesson the hard way! Notice that it didn’t try to do mischief to a man, but to a woman – and it got thoroughly trounced! That spirit was probably superior to any other “alien,” but their superiority over men and women of faith gets trumped when they come face to face with Almighty God!

Perhaps the lesson to be learned here is that seemingly ignorant dirt farmers can live a wonderful life on God’s green earth without even being aware of the Annunaki or Greys – toward which they are vastly senior – if they are Christians.

Don’t worry about aliens taking over anything, anywhere as long as people of the God Force are present! That’s why they haven’t taken over already – because they can’t. Aliens are simply evil spirits masquerading as superior beings but Jesus Christ spoiled them at the cross.

Colossians 2:9-15 For in him dwelleth all the fulness of the Godhead bodily. (10) And ye are complete in him, which is the head of all principality and power: (11) In whom also ye are circumcised with the circumcision made without hands, in putting off the body of the sins of the flesh by the circumcision of Christ: (12) Buried with him in baptism, wherein also ye are risen with him through the faith of the operation of God, who hath raised him from the dead. (13) And you, being dead in your sins and the uncircumcision of your flesh, hath he quickened together with him, having forgiven you all trespasses; (14) Blotting out the handwriting of ordinances that was against us, which was contrary to us, and took it out of the way, nailing it to his cross; (15) And having spoiled principalities and powers, he made a shew of them openly, triumphing over them in it.

Note: to spoil an enemy is to take away everything they own, including garments, money, wives, houses, land, cattle, etc. Therefore, evil spirits/aliens today are trying to bluff their way through life as they’re probably naked and disarmed before Christians – even if they’re not before others.