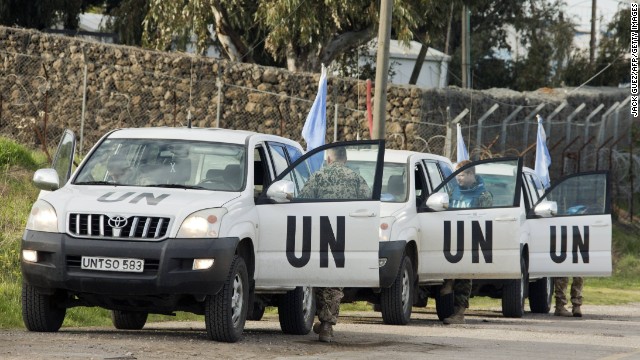 Why Was a Mile Long Convoy of U.N. Vehicles Travelling North through South Carolina?

The building is burning and no one is leaving because the fire alarm has been de-activated – IRD long-time friend and colleague.

A long-time friend/colleague of mine, who’s been involved in the precious metals world almost as long as me (2001) called this a.m. He was driving south from DC to Florida to visit some of his accounts (he runs high net worth managed accounts).

He said in South Carolina he saw a convoy of UN vehicles that was literally a mile long. He said it was nothing but heavy equipment carriers, cargo transport trucks and construction equipment trailers. He said the trucks and trailers were empty but they where beat up and looked well used. He said at first he thought it might be U.S. military equipment but saw that it was 100% U.N. transport vehicles. He said it was “very spooky.”

There’s civil unrest starting to break out in the U.S, albeit mostly connected to the Trump campaign. There’s all kinds of civil unrest breaking out all over Europe – very little of it is being reported in this country by the mainstream media. The EU military is rehearsing for civil war in Germany: LINK

The U.S., under the guise of “NATO,” has amassed 4,000 troops along the Russian border with Poland and three other Baltic States in “return to war planning exercises:” LINK

Sports Authority is now going to liquidate and shut down all of its 463 stores nationwide. Originally it had planned to close down 140. This is relevant because it is emblematic of the fact the economic condition is in a state of collapse. The deteriorating standard of living is the root cause of the civil unrest that is beginning to foment in this country and globally. Puerto Rico is defaulting on its debt, Atlantic City is going belly-up and Chicago is debt-engulfed zombie which has already experienced over 1000 murders this year.

The U.S. Government is working to provoke a large-scale global military conflict with the BRIC nations in response to the impending demise of the petro-dollar. Empiric rulers never willingly concede their hegemonic power without a fight. Something terrible on a global scale is brewing. Although still just a small percentage of the population in the U.S. is catching on to the truth, it’s large enough to cause problems for the elitists.

In thinking like a criminal, I fully expect the aristocrats running the show in DC and Wall Street to figure out a way to take down Trump. But the backlash from that from the populace will have to be dealt with. They’ll have to do a lot better than the fictitious lawsuit filed against Trump in California because everyone has already smelled the fraud in that case. Perhaps there’s some connection to the planning being done to deal with the growing civil unrest and the U.N. the mile long convoy of U.N. vehicles moving north through South Carolina.

It’s probably ultimately a waste of time to prep for what’s coming, unless you want to exist solely for the purpose of survival. But if you are going to make that attempt, you would be best advised to get all of your money out of custodial accounts and into gold, silver and lead.