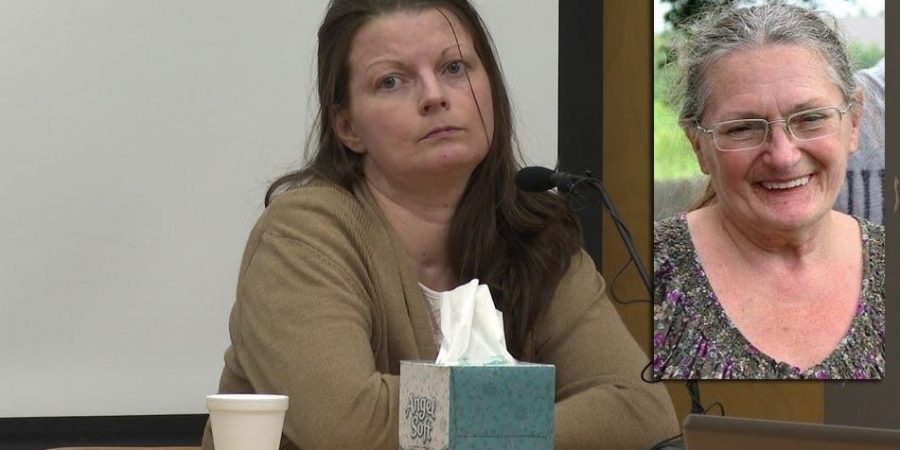 A Wichita woman was convicted Thursday of first-degree murder in the decapitation death of her ex-boyfriend’s mother, whose head she left in the kitchen sink.

Prosecutors said Rachael Hilyard cut off the head of 63-year-old Micki Davis using two steak knives on April 9, 2017. Davis had gone to Hilyard’s home with her 9-year-old grandson to collect her son’s belongings, at Hilyard’s insistence. The child ran away before his grandmother was beheaded and called for help.

Hilyard’s lawyer acknowledged his client killed Davis but said it was not premeditated, which is required for a first-degree murder conviction, The Wichita Eagle reported.

Hilyard, 38, attacked the older woman without provocation then grabbed a knife “to finish what she started,” Sedgwick County District Attorney Marc Bennett said during closing arguments. He said Hilyard used a second knife after the first blade broke.

“For her own reasons, Rachael Hilyard had had it with Micki,” Bennett said.

Hilyard’s attorney, Quentin Pittman, said Hilyard thought Davis was dead when she severed her neck. Testimony during the trial indicated Davis may have been unconscious but was alive when Hilyard decapitated her.

Pittman insisted there was no premeditation but he didn’t ask the jury for a lesser charge. The jury could have found Hilyard guilty of second-degree intentional murder, second-degree reckless murder or involuntary manslaughter.

“What we have are bad decisions and horrible consequences,” Pittman said.

Hilyard testified Wednesday that she thought Davis was already dead and that she cut off her head to free her soul from her body. Prosecutors said police found Davis’ body in Hilyard’s garage and her head in the kitchen sink.

Hilyard, who was treated at a state psychiatric hospital before she was declared competent for trial, said she was discussing a painting with Davis when she lost her temper.

“I just freaked out, and we were wrestling into the garage, and we got into a fight,” she said.

But prosecutors noted a police interview in which Davis’ grandson described Hilyard jumping on and beating Davis with no warning.

Sentencing is set for March 27.