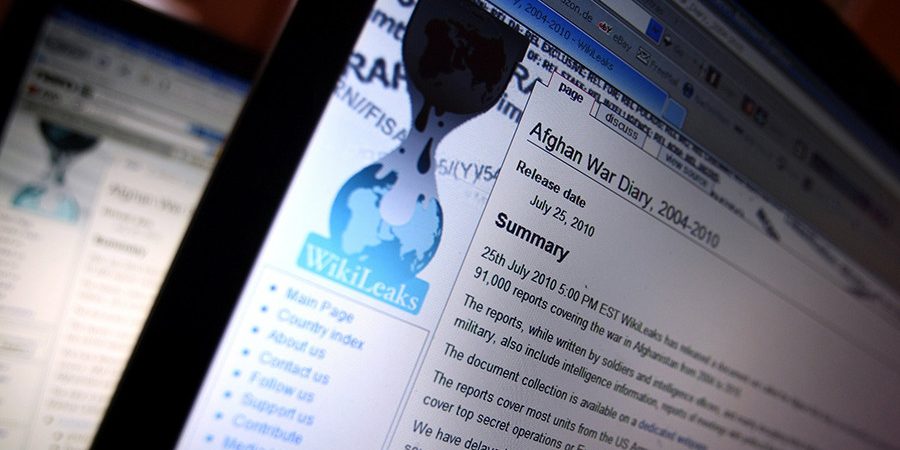 WikiLeaks is calling for the release of President Donald Trump’s tax returns after Republican strategist and counselor to the commander-in-chief, Kellyanne Conway said Trump will not be releasing the much talked about files.

The whistleblower site, which was blasted during the US election campaign for only releasing material damaging to the Democratic candidate Hillary Clinton, tweeted the request with a link to its submission page.

Trump Counselor Kellyanne Conway stated today that Trump will not release his tax returns. Send them to: https://t.co/cLRcuIiQXz so we can.

In a second tweet, the group compared the newly inaugurated president’s breach of promise to release his tax returns comparable to Clinton hiding her Goldman Sachs speech transcripts.

Trump's breach of promise over the release of his tax returns is even more gratuitous than Clinton concealing her Goldman Sachs transcripts.

Trump came under fire during the campaign trail after the New York Times revealed that he used a nearly $1 billion loss to his advantage and avoided paying federal income taxes.

He repeatedly refused to release his tax information to the public saying they were under audit but pledged to do so after this process was complete.

Conway, however confirmed Sunday in an interview on ABC’s This Week, that he has no plans to do this, stating people don’t care.

“The White House response is that he’s not going to release his tax returns,” she said.

Presidents are not required to release their tax returns, but dating back to Richard Nixon, all US presidents have done so voluntarily.

A petition was launched the day of Trump’s inauguration calling for the release of his tax returns. It quickly reached the 100,000 signatures required to get a response from the White House.

WikiLeaks surprise request has been greeted with mixed reaction among its followers, with many stating they do not care about Trump’s taxes, while others emphasised the wider public want the files released.

@wikileaks President Trump was a private citizen of the U.S. with rights to privacy! Wikileaks should understand and respect said privacy!

To all those who "don't care," you're in the minority, and the rest of us don't care how *you* feel. #PersonalResponsibility @wikileaks pic.twitter.com/6jDwVNjdKS

Others accused WikiLeaks of “too little, too late”, and circling back to the left with an empty gesture to get on side with liberals again.

@wikileaks Wait what? I thought you were DJTs best friend. What happened?

@wikileaks @Snowden a wee bit late for this, no?

@wikileaks Nice try, but it's too late to backpedal. You'll forever be tied to Trump's election.

@wikileaks this isn't going to win back the left. You're Russian spies now, just accept it.

WikiLeaks released emails from the Democratic National Committee and Clinton campaign’s chair John Podesta during the election campaign. US intelligence claimed that the information was leaked as part of an influence campaign ordered by President Vladimir Putin. WikiLeaks have denied the source of data was the Russian government.

The group however clarified later in a tweet they they were working on “encouraging whistleblowers”.

WikiLeaks isn't 'working on' hacking Trump's tax-returns. Claim is a joke from a comedy show. We are 'working on' encouraging whistleblowers