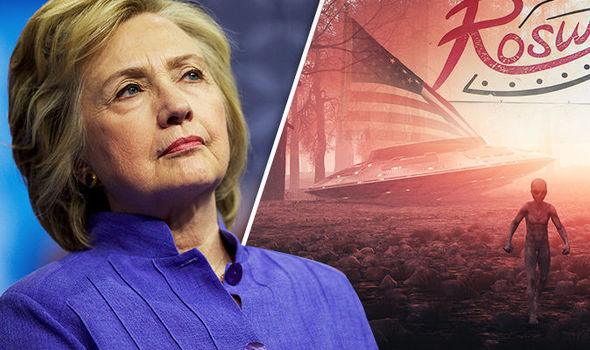 HILLARY Clinton was told where the remains of the ‘Roswell crashed flying saucer’ were taken in an e-mail that has been published by Wikileaks as part of its release of thousands of her campaign communications.

The e-mail was sent by former Blink-182 singer Tom DeLonge, who also hinted in the communication a former US Air Force major general may be about to turn whistleblower, to Mrs Clinton’s campaign manager John Podesta.

Mr DeLonge and Mr Podesta are both known for their high interest in UFOs and aliens, and the latter and Hillary Clinton have vowed she will make public as many classified government files on the subject as possible if she wins the race to the White House.

Two e-mails from Mr DeLonge to Mr Podesta sent last year have been released by Wikileaks.

In one he identifies a top source, who he claims worked at “where the remains of the Roswell UFO crash” were taken and stored until very recently. 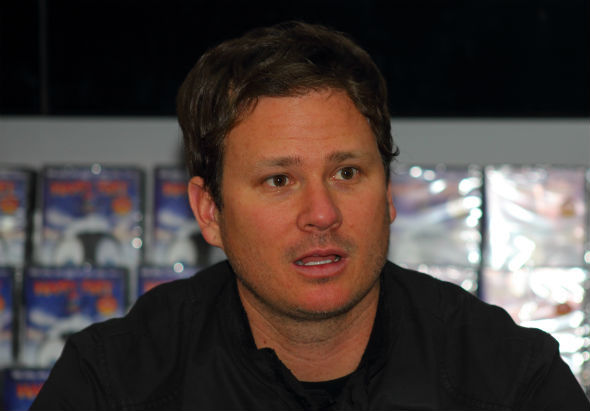 In an e-mail entitled “General McCasland”, he wrote that he had been working with the named former military official on the Roswell mystery and hinted he may be about to turn whistleblower.

Mr DeLonge wrote: “When Roswell crashed, they shipped it to the laboratory at Wright Patterson Air Force Base. General McCasland was in charge of that exact laboratory up to a couple years ago.

“I’ve been working with him for four months. I just got done giving him a four hour presentation on the entire project a few weeks ago.

“Trust me, the advice is already been happening on how to do all this.

“He just has to say that out loud, but he is very, very aware – as he was in charge of all of the stuff.

“He not only knows what I’m trying to achieve, he helped assemble my advisory team. He’s a very important man.”

Wright-Patterson, in Ohio, contains the Air Force Research Laboratory, a scientific research organisation operated by the USAF, which is used to develop aerospace warfare technologies, with a budget of around $3billion.

Mr DeLonge is believed to be referring to Major General William McCasland, who was commander of the Air Force Research Laboratory, at Wright-Patterson, until retiring in October 2013.

Mr McCasland has a decorated CV, and has been involved in high-tech research into developing new aircraft.

His biography on the USAF website says: “He has served in a wide variety of space research, acquisition and operations roles within the Air Force and the National Reconnaissance Office.

“General McCasland holds a doctorate degree in astronautical engineering from the Massachusetts Institute of Technology.”

In the other e-mail sent in October 2015, the pop singer, who sang about extraterrestrials in the band’s 1999 song Aliens Exist, entitled it “Important Things”.

In the e-mail, Mr DeLonge claimed he had two important contacts Mr Podesta should meet with over the “sensitive topic” of UFOs and a film, novel and documentary he was working on, which involved an interview with Podesta.

He wrote: “Tom DeLonge here, The one who interviewed you for that special documentary not to long ago.

“Things are moving with the project. The Novels, Films and NonFiction works are blooming and finishing.

“Just had a preliminary meeting with Spielberg’s Chief Operating Officer at DreamWorks.

“I would like to bring two very “important” people out to meet you in DC.

“I think you will find them very interesting, as they were principal leadership relating to our sensitive topic.

“Both were in charge of most fragile divisions, as it relates to classified science and DOD (department of defence) topics.

“Other words, these are A-Level officials.

“Worth our time, and as well the investment to bring all the way out to you. I just need 2 hours from you.”

It is not clear if Mr Podesta replied to the e-mails or had any meetings.

But, upon leaving Barack Obama’s administration he tweeted that his “biggest failure” was “not securing the #disclosure” of the UFO files.

A spokesman for the Clinton campaign said: “It should concern every American that Russia is willing to engage in such hostile acts in order to help Donald Trump become President of the United States.”