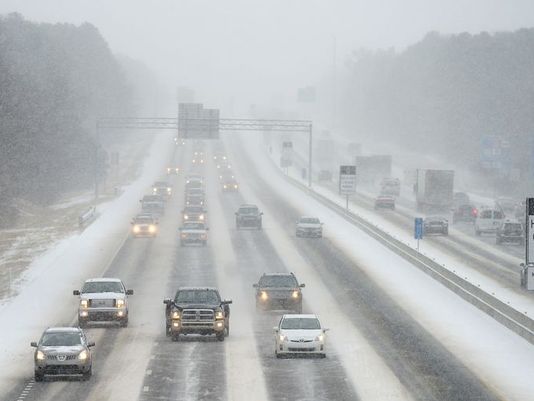 A Winter Storm approaches the American South, and Bible Belt states are preparing for a rare moderate snowfall by cleaning out grocery stores. Meteorologists predict that more than six inches will fall on Virginia as well as North and South Carolina over the weekend. Icy conditions are predicted for Mississippi, Alabama, and Georgia.

This is how we handle snow in the dirty south #snowpocalypse pic.twitter.com/9sxhK0h2qk

It rarely snows in the American South, although there was a sizable snowfall in parts of Georgia and South Carolina in late 2014 during the so-called “snowpocalypse.” Alabama and Georgia have both declared states of emergency.

#onlyinthesouth they call for some snow. How long y'all think we going to get snowed in for? 24 hrs tops #snowpocalypse pic.twitter.com/WTBRDdFxS7

Unaccustomed to inclement weather, Southerners are frequently stereotyped as having completely irrational responses to mild amounts of snow.