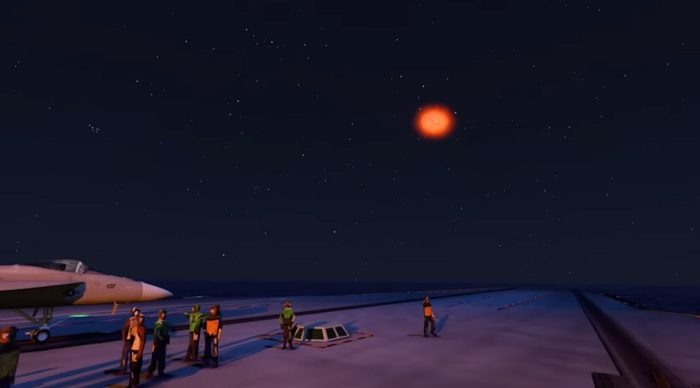 According to witnesses who were on the nuclear-powered Nimitz-class supercarrier that fateful night, a roughly 20 to 40-foot wide, luminous round object suddenly showed up and began to hover over the ship’s flight deck.