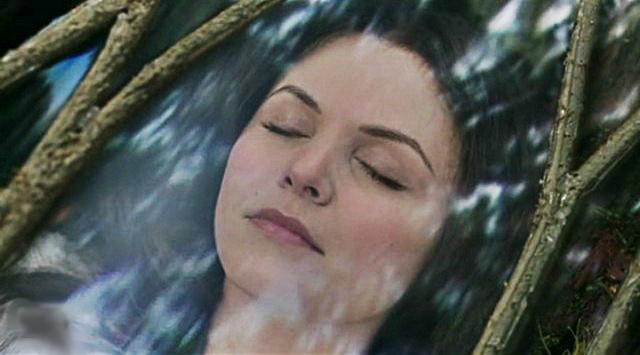 In the summer of 1969, an incredible and little-known discovery was made in the tiny village of Rzhavchik Tisulskago in the Kemerovo region of Russia. During stripping work at the local coal mine, a miner named Karnaukhov came across an intricately crafted marble coffin approximately 70 meters below the surface of the Earth. What was inside it has the potential to change human understanding of the history of this planet.

COULD THE DISCOVERY OF AN 800 MILLION-YEAR-OLD WOMAN REFUTE THE THEORY OF EVOLUTION?

The coffin was brought to the surface where the coal miners crowded around and attempted to open it by rapping on the edges. The coffin was beginning to melt into the sun and eventually began to flow, putty-like, onto the ground and revealed what was inside. Initially, the miners spotted that the coffin was brimming with an unidentified pink and blue liquid. Embalmed within the liquid was an incredibly beautiful woman of approximately thirty years old with large, blue eyes that remained eerily open. She was dressed in a sheer white dress cut to around her knee. The men working at the mine noted that it appeared as though she wasn’t dead and was perhaps only sleeping. At the head of the coffin, the miners recovered a black, rectangular metal box.

News of the discovery quickly spread among the local village and then the authorities became involved. At approximately two in the afternoon, a helicopter landed at the site and declared that the area was in quarantine and that everybody who had witnessed what was inside the coffin would have to be temporarily isolated.

The coffin was too heavy to be carried in the helicopter, and so the officials decided to empty the liquid before transportation. As they began to pump away the fluid, the corpse began to blacken almost instantaneously. Bizarrely, when they replaced the liquid, the corpse retook the form of the beautiful woman. The coffin was then sealed, and a larger helicopter was called to take the coffin to another location.

Five days after the discovery, a professor from Novosibirsk who had been tasked with investigating the body said that the find had the potential to turn human understanding upside down. The professor said that he was certain that the body was at least 800 million years old and that the woman’s body was older than the coal that had formed around the coffin. He said that this meant that the Darwinian theory of evolution had to be called into question.