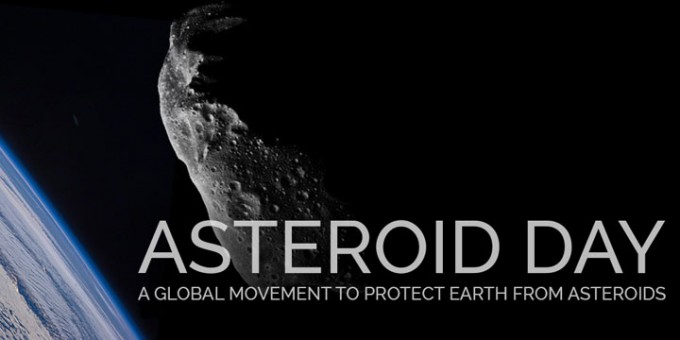 World Asteroid Day: How We Can Protect Earth from a Catastrophic Space Rock Impact

JUNE 30 marks World Asteroid Day where esteemed experts will meet and discuss the growing threat of an asteroid strike on Earth.

Our planet has been under constant threat from asteroids since the beginning, with the most famous collision undoubtedly coming 66million years ago when the dinosaurs were condemned to a brutal death.

Although it is near-impossible for scientists to say when another asteroid will hit our planet, most will agree that another impact is inevitable.

As a result, it is imperative that scientists and astronomers work together to protect us from the same fate that the dinosaurs suffered.

Many ideas have already been thrown about, ranging from the sensible to the out-there, but nothing is yet to be decided about what is the best course of defence.

Express.co.uk delivers a round-up of some of the top asteroid-defence strategies.

Destroy them with lasers

Scientists at California’s Lawrence Livermore National Laboratory (LLNL) are testing how to destroy asteroids with lasers from the ground.

Initial testing will see the boffins shoot lasers at meteorites that have landed on the ground to see how resistant they are and if their bigger space relatives can be diverted off of a collision course with Earth or completely destroyed.

Each asteroid is made up of different elements to each other, so it is difficult to get a conclusive general attack on them.

But by using lasers, they hope that they can deflect them or destroy them.

They are taking meteorites which landed in Antarctica to see if lasers have the same effect on all of them.

“We’re doing everything we can to know more about how asteroid materials respond under extreme conditions.”

Perhaps one of the more sensational ideas, a team from the University of California has put together initial plans to send a ‘Death Star’ into orbit to protect us.

It’s a similar ploy to the aforementioned laser ploy, but a lot cooler.

Laboratory tests on an unmanned space ship dubbed De-Star (Directed Energy System for Targeting of Asteroids and exploRation), have begun and will see the satellite equipped with high-powered lasers capable of vaporising incoming asteroids.

One of the researchers, Qicheng Zhang of the University of California, said: “Generally speaking, the technology is available today.

“The main challenge with building a full De-Star is the necessary scale to be effective.”

For the De-Star to be feasible, the team would need a lot of warning.

Their current plan will see them use a 10kW laser which would only be powerful enough to deflect a 100m wide asteroid and would need a staggering 30 years to do so.

Nonetheless, they are also developing a smaller craft which would fly alongside an asteroid which could push it off course.

A team from Tomsk State University’s Institute of Applied Mathematics and Mechanics believes that they key to saving us from asteroids is to use our vast nuclear arsenal to obliterate the space rocks.

The team have already deciphered how to destroy an asteroid with a diameter of 200 metres using nuclear weapons, and say that it is best to fire nuclear explosives at the space rocks when they are travelling away from us.

Tatiana Galushina of the university’s department of celestial mechanics and astrometry explains: “The method we suggest to destroy dangers from space makes sense to use when it is not possible to eliminate the object more gently, or it can be used to destroy objects that are constantly returning toward Earth.

“Previous preventative measures proposed destroying the asteroid on its approach to our planet, but that could have catastrophic effects if a multitude of highly radioactive debris falls to Earth.

“Since the rocket blows the asteroid backward, practically all the fragments after the destruction fly forward.

“It should be mentioned that nuclear explosions in space are forbidden under international law, but in the case of a real threat to humankind an exception to that rule can be made.”

Maybe this isn’t the craziest idea, but it could well be the safest as there would be little repercussions.

It also comes from the most authoritative and respected player in the Earth protection gang – Nasa.

The space agency is planning on sending a space-craft to an asteroid which could be on a collision course with Earth.

The OSIRIS-Rex mission will blast off from Florida in September and is set to reach the asteroid dubbed Bennu in 2018.

What they need to know more about is something called the Yarkovsky effect – which is when an asteroid or celestial body changes its orbit due to small push from heat.

Edward Beshore of the University of Arizona said: “We’ll get accurate measurements of the Yarkovsky effect on Bennu by precisely tracking OSIRIS-REx as it orbits the asteroid.

“In addition, the instrument suite the spacecraft is carrying is perfectly suited to measure all the things that contribute to the Yarkovsky effect, such as composition, energy transport through the surface, temperature, and Bennu’s topography.”