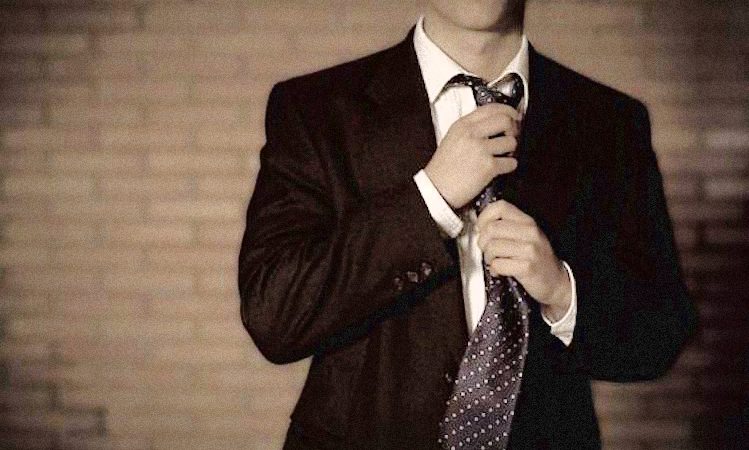 Approximately 1% of the human population fit the description of a psychopath: a personality type defined by a lack of care for others, a lack of empathy, violent and aggressive tendencies, shallow emotions, selfishness, dishonesty, overconfidence in themselves, and the ability to manipulate people. These types of people often exhibit behavioral traits known as the Dark Triad, a trio of narcissism, Machiavellianism, and psychopathy.

Some 25% of male inmates in the federal corrections system fit this description, but many psychopaths are often high-functioning people who often make their way into positions of power, such as CEO’s, lawyers, media personalities, sales people, police officers and religious clergy.

Knowing when you’re face to face with a genuine psychopath is easy if you know what to look for. When people speak, we use conscious and unconscious words (such as ‘to,’ ‘the’, ‘uh’ and, ‘um’), and we choose verb tenses which indicate how we think. According to research focusing on interviewing convicted murderers, psychopaths shared some of these identifying patterns.

“To examine the emotional content of the murderers’ speech, Hancock and his colleagues looked at a number of factors, including how frequently they described their crimes using the past tense. The use of the past tense can be an indicator of psychological detachment, and the researchers found that the psychopaths used it more than the present tense when compared with the nonpsychopaths. They also found more dysfluencies – the “uhs” and “ums” that interrupt speech – among psychopaths. Nearly universal in speech, dysfluencies indicate that the speaker needs some time to think about what they are saying.” [Source]

In viewing interviews with psychopaths, these traits are apparent, as can be seen in the following interview with American serial killer Tommy Lynn Sells.

The psychopaths we meet in our daily lives are also easy to spot. Conversations with psychopaths and narcissists are easily identifiable when you understand that they tend to create masks for themselves, a type of alternate personality used to relate to different people in different ways.

1) Confides in you immediately.

He was betrayed by a wife who took everything, but has succeeded in rebuilding his fortune. He’s on retainer with the NSA: Can’t get into it today, but you’ll be reading about it in the news this year. Yes, he is married, but only because his wife is highly unstable; she would fall apart if he leaves right now. Whatever the disclosure, it comes before he even knows whether or not you are trustworthy. And it involves a way in which he is vulnerable or powerful; wholly transparent or movie-star mysterious.

What’s going on: The full-on disclosure is a bid for sympathy and for forced intimacy. His involvement in high-profile events “off-stage” is meant to impress. The more quickly you bond or become enamored, the more quickly the next phase of manipulation can begin. Whatever the content, a surefire warning sign is the premature timing. These individuals offer revelations before any intimacy has been established-maybe even within minutes of meeting you for the first time.

2) Repeats “confidential” information that he’s already shared with you.

The stories about the wife who took his fortune or the top-secret government contract may be repeated verbatim or near verbatim from one encounter to the next. Sure, we all have our pet narratives and canned stories that engender eye rolls amongst those who have heard them multiple times. So pay close attention to the nature of the information that is repeated.

What’s going on: If self-serving or self-aggrandizing information is repeatedly recycled, the individual is likely using a script, one that he’s forgotten that he’s already deployed with you. Psychopaths in particular are glib, and mendacity is their lingua franca. Sometimes they lie for no reason other than their own amusement. But they also lie to further specific agendas, and that is when they are most likely to go on auto-pilot in the delivery of false, scripted stories. Because people are interchangeable in the eyes of a psychopath or a narcissist-one-dimensional beings in whom they have no genuine interest-it can be hard for them to remember what they’ve said, and to whom.

You may walk out of a social encounter or a date and realize you have not been asked one single question about yourself, despite having learned a ton about the individual (see above). Pay attention to the degree of informational asymmetry: Does he disclose an enormous amount without asking or expecting you to reciprocate?

What’s going on: If nothing is asked of you and no interest expressed, then script delivery is the entire point of the encounter. If he asks a ton of questions but moves quickly from one to another, rather than allowing the conversation to organically unfold, he may be mining you for data, including information that can be used to gain a sense of your vulnerabilities. When chatting with a new target, psychopaths frequently strive to elicit information about stressors or life problems, so that they can ingratiate themselves with offers of assistance. This is an effort to gain your trust, of course.

Asking for “special favors” is a DSM-V criterion for a diagnosis of narcissistic personality disorder; so common is this behavior. While most people ask for favors out of genuine need or to build intimacy, narcissists and psychopaths are more likely to do so because they feel entitled to others’ time and effort. They may literally use the term “special” to convey that you are on the receiving end of a privilege that they deign to bestow.

What’s going on: These requests can serve multiple functions; after all, psychopaths and narcissists are expedient as well as grandiose. They may simply see you as someone to be used in the manner best suited to their immediate needs. They may wish to create a dynamic in which you are conscious of your subservience. Your compliance with a request, however small, may be a test. You pass if you betray a willingness to be controlled or manipulated. Expect more and escalating requests, either out of pure Machiavellian utility or because such acts will further graft you to this individual. As intimacy increases, the psychopath in particular may become fixated on a target executing his request, as a clear test of wills.

5) Makes odd asides about you.

Off-the-wall statements may come couched as assumptions, positive or negative. You are discussing your family and he might say, “It must be hard to be the smartest person in the room.” This won’t compute-you’ve never said you were smart, nor characterized yourself relative to your family. Such a remark would not be intended merely to flatter you, but also to passive aggressively put down your family.

What’s going on: Psychopaths and narcissists have no direct lock on uncharitable jabs. But when statements are made by people who do not otherwise appear blunt or obtuse, they may be deliberate attempts to destabilize you. This too can be a test, to see whether you will stand up for yourself, or whether you will do spade work to reclaim this person’s kindness or affection, which may suddenly feel imperiled after an ugly remark. Cruel statements that are seemingly out of the blue can also signal the willful or absent-minded removal of the mask.

Unpleasant remarks can be all of the above: Psychopaths and narcissists love to keep others guessing; it reinforces their power. The psychopath’s default attitude toward others is one of disdain. This person does not like you, and he is in fact inwardly mocking you throughout the conversation. Unkind remarks are but the first clue. Stick around and these statements will come faster and more furiously.