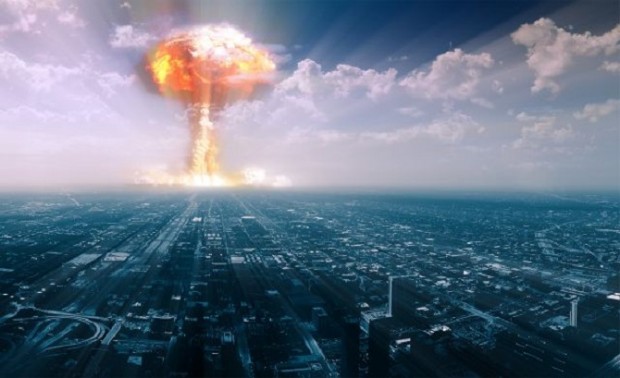 One of many pieces of evidence of an upcoming WW3 is the increase in the military budget of the US.

The presentation made by Carter, a longtime technocrat of America’s military industrial complex, provides a powerful vindication of the warnings made by the International Committee of the Fourth International and the World Socialist Web Site that the deepening crisis of US and global capitalism is posing a real and growing danger of a Third World War.

The biggest increase proposed in the Pentagon budget is the quadrupling of funding for the US military buildup against Russia in Europe—projected to rise from $800 million to $3.4 billion.

In addition to the 65,000 troops Washington already garrisons on the European continent, the funding increase will pay for the “heel to toe” rotation of full armored combat brigades into the former Baltic republics, on Russia’s doorstep, as well as other eastern European countries.

This proposal represents a flagrant and provocative violation of the agreements reached with Moscow in the wake of the Stalinist bureaucracy’s dissolution of the Soviet Union not to station large numbers of NATO troops on Russia’s borders.

President Barack Obama issued a statement Tuesday declaring that the 400 percent increase in funding to encircle Russia “will enable the United States to strengthen our robust military posture in Europe and improve our ability to uphold our Article 5 commitments to NATO members.”

By invoking Article 5, which requires NATO to militarily defend any member against attack, Obama was reiterating the vow he made in 2014 that the US would put “boots on the ground” to defend the Baltic republics, thereby making their right-wing and virulently anti-Russian regimes the trip wire for a war that would have incalculable consequences.

Employing the language of total war, Carter added, “In this context, Russia and China are our most stressing competitors.”

All of these proposals to escalate military confrontations that lead in the direction of global catastrophe are being made without even the semblance of a public debate, never mind the support of the American people, who have repeatedly demonstrated their hostility to militarism and war. The drive toward World War III is unfolding largely behind the backs of the public, with the corporate media and the two major parties showing no interest whatsoever in making the chilling implications of the Pentagon’s preparations known to the population.