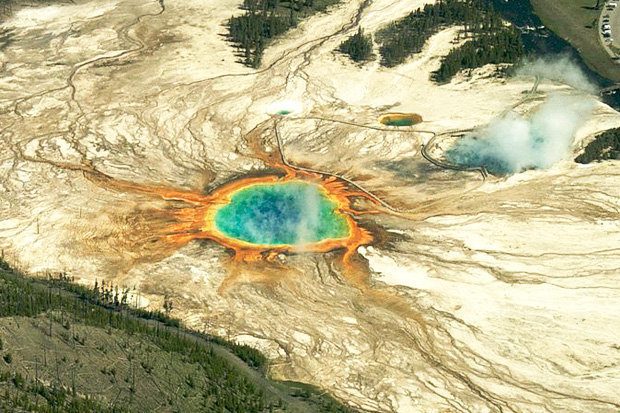 THE next eruption at the apocalyptic Yellowstone volcano will “likely” be triggered by a swarm of earthquakes similar to that currently rattling the region, experts told Daily Star Online.

Around 640,000 million years ago, Yellowstone blew its lid, creating a giant sunken crater around the size of 726,000 football pitches.

Now a flurry of seismic activity at the “ticking time bomb” site in the US state of Wyoming has provoked fears of another apocalyptic eruption.

Researchers at the University of Utah are monitoring the site closely after it was struck by more than 1,200 earthquakes since June 12.

Quakes in the area are not rare – with 1,500 to 2,000 hitting the area every year – but experts are stunned by the unusually large size and duration of the swarm.

Although risk is said to be “low”, a volcanology expert told Daily Star Online the next eruption will “likely be preceded by such seismic activity”.

If a massive eruption were to occur, a horrific veil of sulfuric acid spewing from its chasm would block out the sun, potentially sending temperatures plummeting to Ice Age levels.

Such an eruption would be a devastating event that would coat the US in a 10ft of molten ash for a 1,000 miles surrounding the park.

Disaster experts say as many as 90,000 people would die in the initial explosion.

Dr Simon Day, an expert on volcanology, told Daily Star Online that research suggests magma could be building in its depths.

The fact Yellowstone hasn’t erupted for thousands of years has led to these suggestions, with some believing it is about to blow, he said. 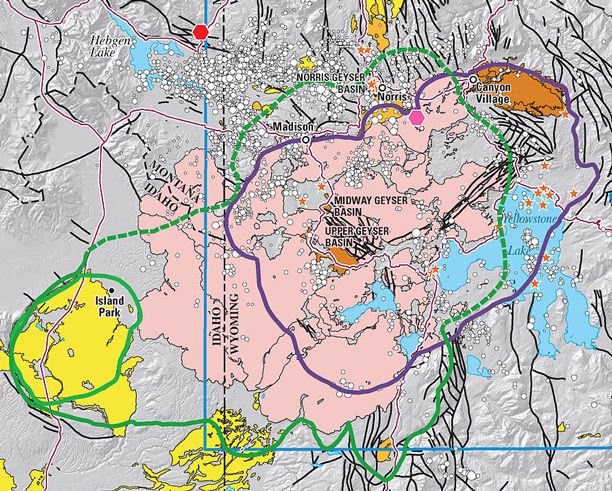 But the scientist, from the Institute for Risk and Disaster Reduction at University College London, stressed that it is “highly unlikely” one seismic swarm could lead to an eruption.

More likely, he said, is a sequence of small eruptions.

He said: “Since it is such a large caldera and magma reservoir system, Yellowstone produces seismic swarms like this every few years, and some of them are much larger and longer lasting than this one.

“Although the next eruption will likely be preceded by much seismic activity, it is statistically very unlikely that any one seismic swarm there will develop into an eruption.

“It also isn’t necessarily the case that the next eruption at Yellowstone would automatically be a large or event giant explosive eruption.

“There have been no such eruptions for some tens of thousands of years which has led to the suggestion that accumulation of magma beneath Yellowstone makes it more likely that the next eruption will be explosive.

“But the alternative scenario that a new sequence of small eruptions forming rhyolite domes and lavas may resume is also a possibility.”

Of the 1,284 quakes recorded by the University of Utah, the largest was 4.4 in magnitude, with 60% magnitude 0 or lower.

Two new monitors have been installed, he said, meaning researchers have been able to pick up “30% more of the small ones”.

He said: “Every year there is a geyser uptick and seismic uptick.

“This is a broken volcano releasing pressure instead of building up to a super eruption.

“When it goes quiet for a few years I’ll worry.”

Volcanologist Stefano Carlino, of National Institute of Geophysics and Volcanology, said it is “hard to assess” the magnitude of an eruption at Yellowstone.

He said that research shows only 2% of “the deep magmatic system is melted” – a “crucial” indicator of how close Yellowstone is to eruption.

He told Daily Star Online: “Without new magma input, and giving the present state of the caldera, the possibility of an eruption is extremely low, in my opinion.

“As regard the magnitude of the potential eruption, is very hard to assess it, but, in general, the probability of smaller eruption occurrence is higher in respect to large one.”

There are several supervolcanoes across the globe that scientists fear could be on the brink of eruption.

Research published earlier this year shows one of those volcanoes, Campi Flegrei in Naples, Italy, could be getting ready to blow its lid.

Scientists found the volcano – which sits just miles from Mt. Vesuvius – has reached a “critical stage” where further activity may lead to an eruption.