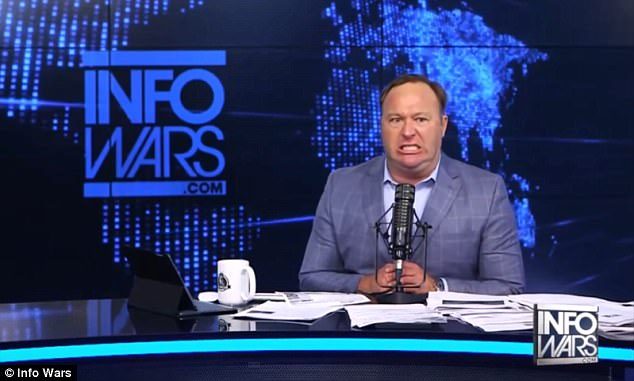 YouTube has become the latest social media to stop publishing content by conspiracy theorist news broadcaster Alex Jones and his channel InfoWars on their platform, citing a breach of “community guidelines.”

More than 2.4 million subscribers of the InfoWars director and publisher have been met with a message saying “this channel is no longer available,” with YouTube also inviting them to unsubscribe.

Access to the hugely popular Alex Jones Channel was cut off on Monday afternoon, following earlier bans of Jones’ content on Facebook, Apple, and Spotify. Some of Jones’ videos had garnered millions of views at the time of their deletion.

The move has been called “a purge” and “political censorship” by InfoWars Editor-at-Large, Paul Joseph Watson, who made the announcement on Twitter, along with an screenshot image from YouTube saying the account “has been terminated for violating YouTube’s community guidelines.”

“Apple, Spotify, Facebook and now Google (which owns YouTube) – all within 12 hours of each other. A coordinated purge. This is a total abuse of power,” he tweeted.

A coordinated purge. This is a total abuse of power.

The popular video-sharing website follows in the footsteps of Facebook in banning the controversial Jones from publishing on its site, after Facebook shut down InfoWars’ page on Monday. Facebook said that it was banning four of the pages belonging to Infowars founder Alex Jones for repeatedly uploading content in breach of the social network’s community standards.