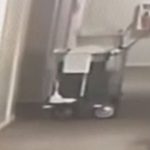 Footage captured earlier this month on a hotel CCTV camera seems to show a ghostly figure in a hallway. The video, which was originally uploaded on Facebook by user ‘Jus Jenn’, was recorded by a person standing in front of a security monitor while the actual clip itself was replayed on the screen. The ‘ghost’ shows up between a cart … Continue reading → 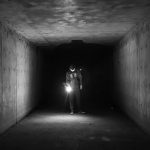 Urban explorers and ghost hunters have for years tried to reach these platforms, which are known for mysterious things happening there. The platforms were built in the 1970s and were part of the Eastern Suburbs Railway, but for some reason they were never completed. The construction itself took place at the site of a cemetery. All of the bodies were … Continue reading → 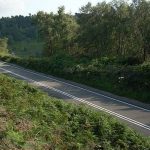 The Mystery of the A3 ‘Ghost Crash’

Did someone actually witness a replay of a past accident ? via unexplained-mysteries: A chance sighting of a car accident by a member of the public spawned an urban legend that endures to this day. Britain’s roads and motorways are certainly no stranger to tales of the unexplained, with stories of phantom hitchhikers and tormented apparitions being commonplace along some … Continue reading → 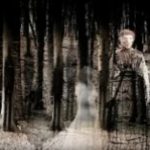 By staff writer Carol Dunton BENDEDREALITY.COM – April 2020 Today science is stronger than ever, but it is not yet omnipotent. So there are phenomena that cannot be explained in any way and they are still a real mystery to humanity, despite the fact that there are various conjectures and hypotheses around them. We share with you 6 unexplained phenomena … Continue reading → 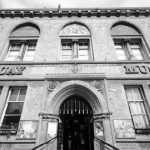 Staff members at a museum in Devon, England maintain that the building is haunted by a familiar specter. Situated in a popular seaside town on the county’s south coast, Torquay Museum is certainly no stranger to the unexplained having long held a reputation for being haunted. Home to the UK’s only collection dedicated to world-famous crime writer Agatha Christie, the … Continue reading → 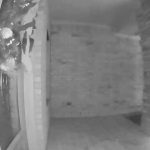 A glitched out video clip from a doorbell camera in Texas has been raising eyebrows on social media this week. The footage, which was recorded at a house in Porter, shows what is presumably the occupant exiting the front door and walking down the garden path. When he reaches the gate however, there is a sudden pause and the man … Continue reading → 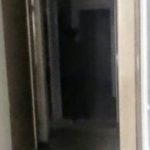 An investigation of a reportedly haunted residence in Sacramento recently yielded some intriguing evidence. Paul Dale Roberts and colleagues from Halo Paranormal Investigations headed out to the home of Shula Jackson at the weekend after being asked to help look into reports of paranormal activity. Jackson, who lives at the property with her husband and three children, had been plagued … Continue reading → 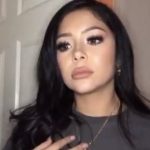 YouTuber Daisy Marquez had been filming a promotional piece when something unexpected happened. The 22-year-old self-taught makeup artist, who is no stranger to paranormal experiences, had been filming a sponsorship video for an e.l.f skincare set when the door behind her mysteriously creaked open on its own, hitting her on the back of the head and leaving her visibly unnerved. … Continue reading → 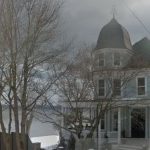 A 4628-square-foot house that just went on the market in Nyack, New York, has a lot to offer: five bedrooms, riverside views, and a history of being haunted. The so-called “ghost house” has such an infamous reputation that it was legally declared haunted in 1991. Now, People reports that you can own it for $1.9 million. Built in 1890, the … Continue reading → 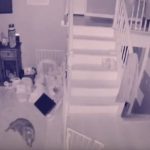 On August 8th, while reviewing some of his security CCTV footage, Joey Nolan noticed something unusual at the bottom right of the frame. via Unexplained-Mysteries: At approximately 12:54am, the faint outline of a human-like figure can be seen entering the building before milling around on the landing for a few seconds and disappearing. Interestingly, a cat sitting on the floor … Continue reading →